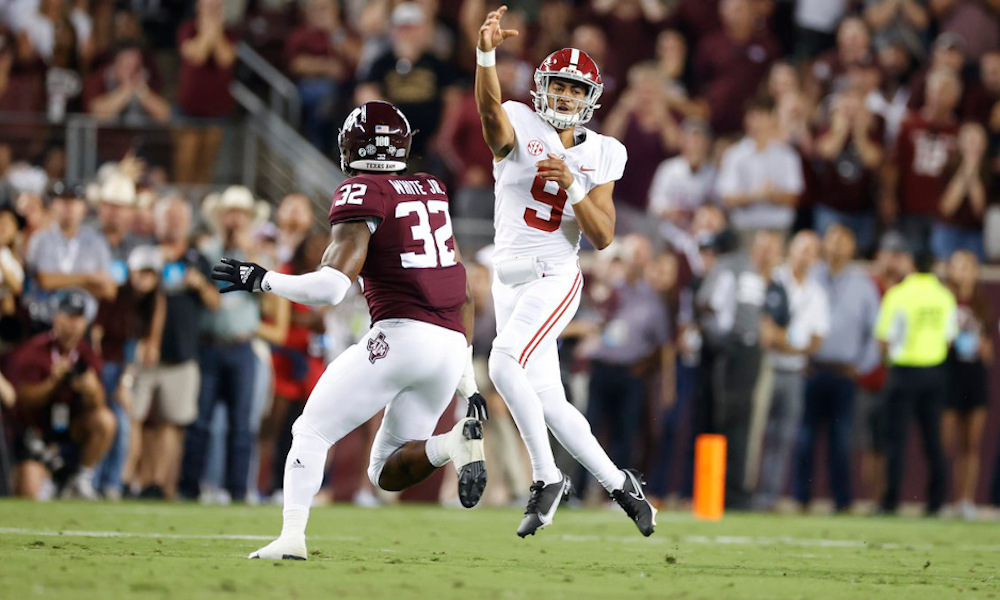 Alabama football, especially its young players, is in a new position for the first time in almost two years.

Nick Saban signed a freshmen class in 2020 that went undefeated. They did not experience adversity from opponents, they did not experience hostile environments (COVID-19), and they coasted to a College Football Playoff National Championship. Now, this group of second-year players is in unfamiliar territory.

RELATED: Freddie Roach should handle the play-calling according to Mike McCoy

Jimbo Fisher got his victory over Saban.

Aggie fans stormed the field after a 41-38 win, and the Tide looks to bounce back. Coach Saban is about to see whether his team has resilience or not versus Mississippi State.

Will Anderson Jr., a talented outside linebacker, passionately spoke on Monday about wanting football to be the most important thing at Alabama. His message did not take root against Florida, but now it might have gotten more attention. Tide fans expect him to respond with vengeance against the Bulldogs, but what about the others that played as freshmen?

Malachi Moore and Brian Branch should come out with more intensity. Moore has to create double chaos at Davis Wade Stadium, especially after a targeting penalty forced him to exit in the first quarter last week.

Branch got burned in the secondary, but he’s quick to move on. Bryce Young played his tail off, despite the loss.

He completed crucial passes versus the Aggies, including a pair of touchdowns.

He took some hits and receivers dropped balls, yet he never shied away from the moment.

Other players such as Roydell Williams, Jamil Burroughs, Chris Braswell, Drew Sanders, Javon Baker, and Traeshon Holden now understand what it feels like to lose. No one likes that feeling, especially when it comes from a winning high school culture and it has an undefeated season in its first year of college.

The young players will respond with urgency, whether they are on the field or not.

Practice should be intense all week. They know that one more blemish ruins any chances to compete for an SEC title or national championship. When it comes to the 2021 class, Saban signed his greatest freshmen class on paper. Those players, including eight 5-stars, suffered their first defeat at Alabama. It stings for players such as Dallas Turner, JoJo Earle, and others.

The good news is we have seen the Tide respond beautifully to losses in the past. Since 2010, Saban has seen his teams excel after humbling defeats. Tunnel vision is about to happen for these sophomores. We are about to see them play inspired football.