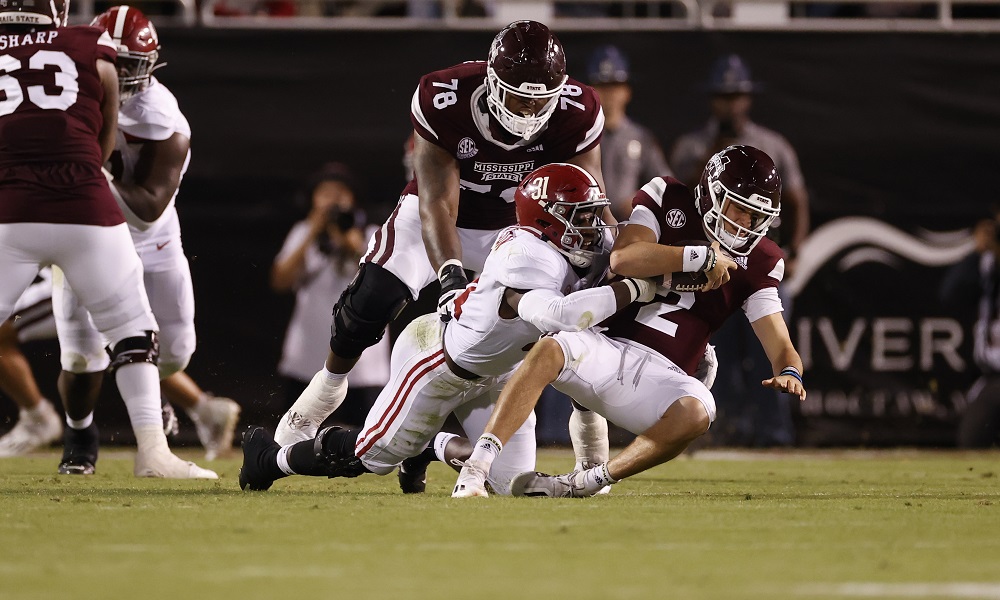 Praise continues to flood in for University of Alabama football’s Will Anderson Jr. after his career performance at Mississippi State last weekend. The linebacker was named the Bronko Nagurski Player of the Week Tuesday, to pair with his Southeastern Conference Defensive Player of the Week and the Bednarik Player of the Week honors garnered earlier in the week.

It marks the eighth time an Alabama player has earned the Bronko Nagurski Trophy weekly honor and the first since 2018.

Bronko Nagurski Player of the Week