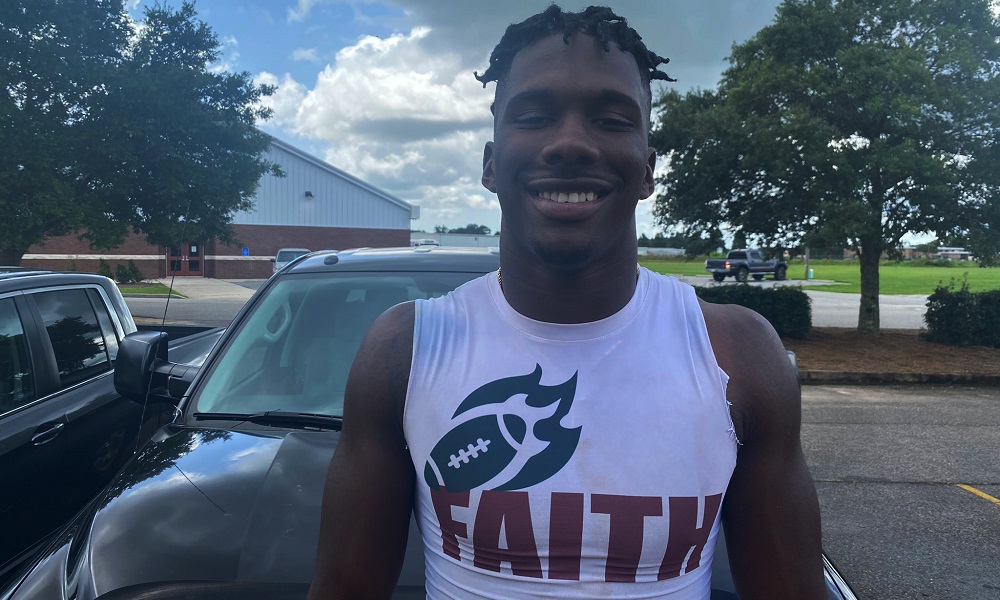 Shemar James announced his de-commitment from the Florida Gators Wednesday.

James is rated as a four-star prospect, according to most recruiting outlets. He is a product of Faith Academy in Mobile, Alabama and is one of Alabama football’s top targets. The four-star recruit told Touchdown Alabama in July multiple Crimson Tide coaches were still recruiting him despite his pledge to the Gators.

“I talk to coach Pete (Golding) every week,” James said. “He will hit me up to ask how I am doing. I talk to coach Sal (Sunseri). He will call me like he always does. They are still on me. They said they are not going to stop recruiting me until I sign.”

James is listed at 6-foot-3 and 210 pounds on Faith Academy’s roster. Alabama’s coaching staff likes the Mobile product at inside linebacker. The Alabama target said he was working to be an overall athlete this season.

“I am working on my play recognition, which is something that will come with film study, basically my pass coverage as well,” said James. “I just want to be a better overall athlete.”

Alabama football currently has commitments from two 2022 inside linebacker prospects. A commitment from James could be huge for the Crimson Tide if they are able to sway him to Tuscaloosa.