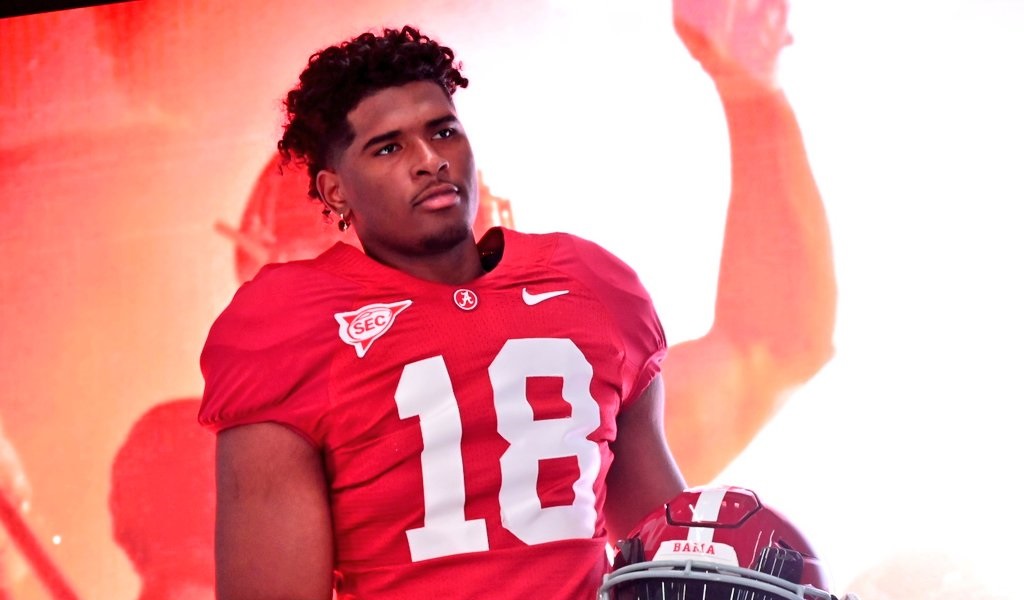 Like many people, five-star defensive end, Jayden Wayne was blown away by Will Anderson’s performance against Mississippi State last week.

Anderson recorded four sacks against the Bulldogs Saturday in an Alabama win and was the first player since Derrick Thomas to do so. Wayne tweeted he loved watching Anderson play while watching the Crimson Tide sophomore in action and later told Touchdown Alabama he felt Anderson was relentless in his latest outing.

“He was dominant,” Wayne said. “He never stopped attacking.”

Wayne is regarded as one of the top edge rushers in the 2023 recruiting class. He enjoys watching some of the top players at his position in college football compete every Saturday as he also listed projected first-round draft pick and Oregon junior, Kayvon Thibodeaux in his tweet about Anderson.

The five-star recruit said he feels he learns a lot by watching Anderson on and off the field.

“I like his speed and quickness,” said Wayne. “He plays hard the entire game and always puts the team first. I watch his interviews too. He is always talking about the Alabama standard.”

Several schools are in the chase to land Wayne in the future. Alabama football is heavily involved with the Tacoma, Washington product and has managed to continue building a relationship with him. The Crimson Tide were able to get him on campus last month for an unofficial visit.

“It was really good,” Wayne said when discussing his visit. “The fans were amazing. The coaches and staff treated my family and me well. The game was hype.”

Like Anderson, Wayne has been producing on the field as well. He recorded eight sacks through five games for Lincoln High School. He has also made plays on the offensive side of the football as a receiving threat at 6-foot-5 and 245 pounds.

Alabama does not have a commitment from a prospect in the 2023 recruiting class, but Wayne is considered one of its top targets.