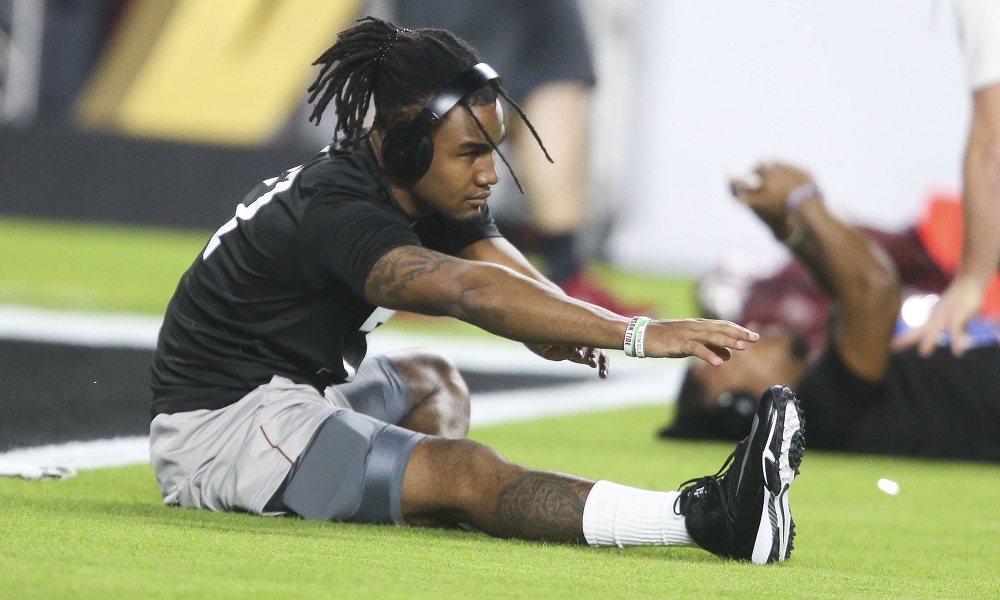 After rumors all offseason about potential trades involving Tua Tagovailoa, talks are once again intensifying even with reports that a deal could be reached as soon as this week.

John McClain of the Houston Chronicle reported that Tagovailoa could finally be on his way to the Texans in exchange for Deshaun Watson. The southpaw has also been linked to trades with the Washington Football Team and the Denver Broncos.

The Dolphins are currently losers of five in a row, four of which came when Tagovailoa was out with a rib injury. Last Sunday was the low point of the year for the team when it dropped a game to the previously winless Jaguars in London.

Although the team could see the departure of its first-round quarterback, wide receiver and former Alabama teammate Jaylen Waddle says the team’s focus is on the next game rather than the trade rumors.

“Everyone is just focused on playing the game and winning, not the rumors,” Jaylen Waddle on the Deshaun Watson talk.

“Everyone is just focused on playing the game and winning, not the rumors,” Waddle said the media on Thursday.

Tagovailoa has a record of 7-5 as the Dolphins starting quarterback but has consistently faced criticism for his inconsistent play dating back to his rookie season.