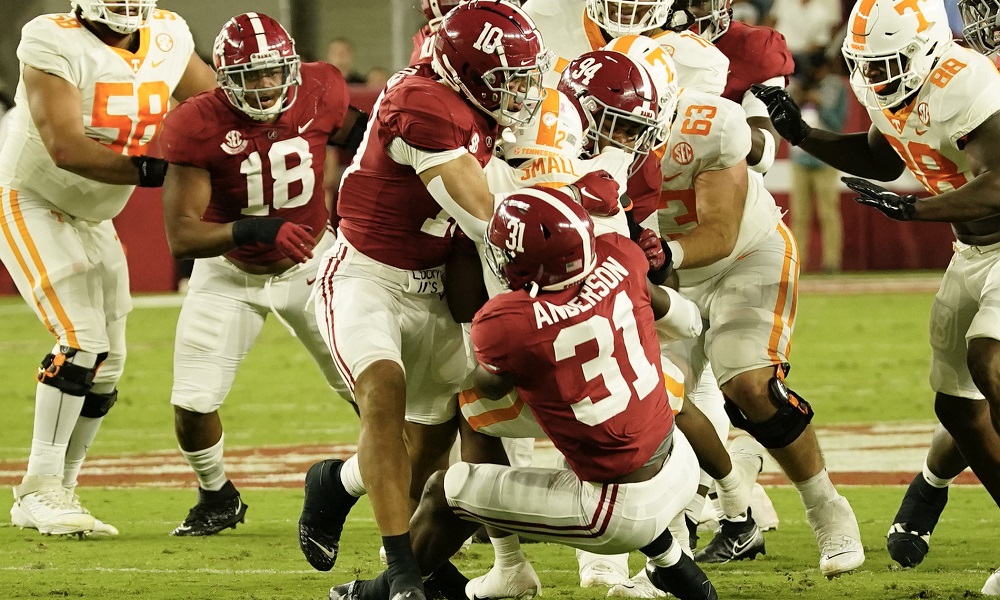 Several former Alabama players took to Social media to react to the Crimson Tide’s 52-24 win over Tennessee during and after the game.

Who is this person playing QB for us and scrambling

Phil Mathis making himself some money this year

The #Vols defense is confusing Bryce Young. They are making everything look like quarter quarter half or some type of quarter coverage. But on the snap they are moving to man free, 2 man, or a zone. Solid defensive plan for them thus far.

I’m kind of glad that #bama has a bye week coming up because we have some things to clean up. Especially in the back end of the defense. But in the mean time, I’m headed outside for this cigar! #RollTide #BuiltByBama

Light Em Up If You Got Them ‼️

Good to be back in Tuscaloosa for Tennessee and Alabama! Bit of a surprise after 1 quarter here in T-town with the Vols up by a touchdown. Tune in now on @ESPNRadio. pic.twitter.com/GD4R52K4C0

More Reactions Will Be Added