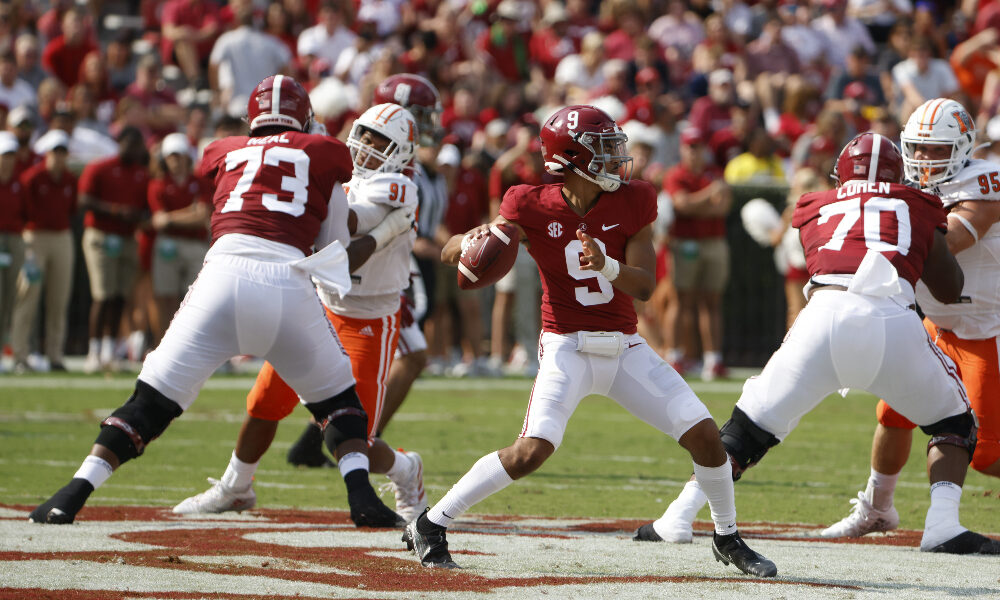 Alabama football’s Bryce Young and Will Anderson Jr. were each recognized as semifinalists for postseason awards, the Maxwell Football Club announced Monday afternoon.

Young is one of 15 candidates for the Maxwell Award, presented annually to recognize the top player in college football. Anderson is part of a group of 18 semifinalists for the Bednarik Award, which is awarded to the nation’s most outstanding defensive player.