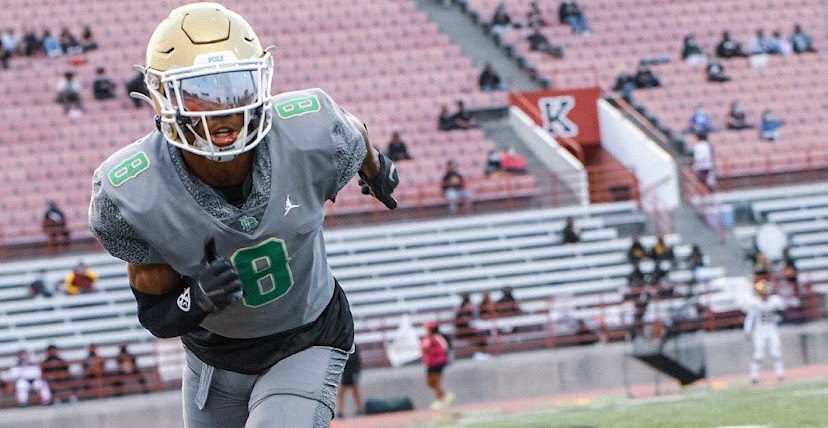 Alabama football’s wide receiver coach Holmon Wiggins extended an offer to Long Beach Poly junior defensive back, Daylen Austin when he was out recruiting for the Crimson Tide on the West Coast last week.

I am extremely blessed and honored to have received an offer from the University of ALABAMA 🐘 ! Thank you! #RollTide pic.twitter.com/NT1LeCo70K

Austin is rated as a four-star recruit by multiple recruiting sites, and he reported his offer from the Crimson Tide Friday. Alabama is the 16th D1 program to offer the California product. He holds offers from Michigan, Michigan State and Washington. Georgia is the only other SEC program to offer Austin at this point.

Wiggins informed the junior of his Alabama offer during a meeting with him and his head coach.

“It felt great to find out they had offered me,” Austin told Touchdown Alabama. “It feels like a big accomplishment.”

Austin possesses a long frame at 6-foot-2 and 180 pounds. He is an explosive athlete who possesses great ball skills and has elite closing speed. The California product is also dangerous with the football in his hands after he makes an interception and when he is making plays as a returner.

Wiggins was impressed with multiple facets of the four-star recruit’s skill set.

“He told me he liked my quick twitch, physicality and my ability to make plays on special teams,” Austin said.

Austin plans to visit Georgia this weekend. It is unclear if Austin will be able to visit Alabama this season.