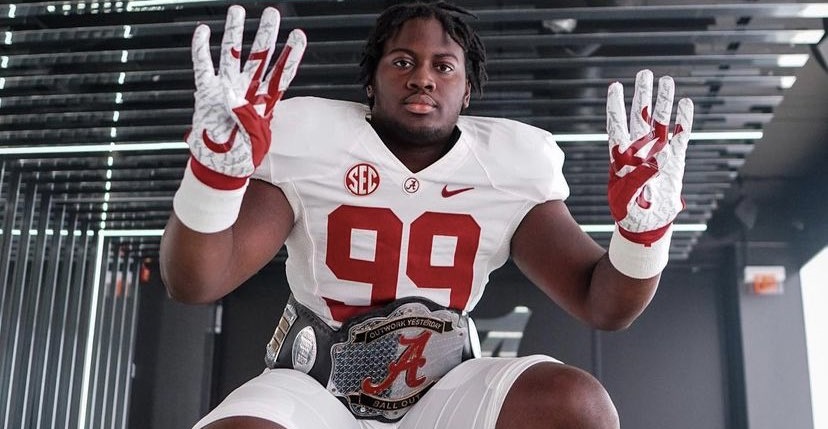 The Canada native has seen his recruitment hit another gear after an impressive senior season at Clearwater Academy International in Florida. Alabama offered him a scholarship after seeing him play earlier in the season and recruited him hard from that moment on. It was able to get Hastings on campus for an official visit in October and knock that visit out of the park.

“I had a great time,” Hastings told Touchdown. “It was like family there. I just felt a family feeling throughout the visit.”

Hastings currently stands at 6-foot-5 and weighs approximately 290 pounds. He is projected to be an interior defensive lineman in Alabama’s defensive scheme. He has shown that he has a quick burst off the line of scrimmage and that he possesses impressive lateral movement.

Touchdown Alabama will have him rated as a four-star recruit in its own independent recruiting rankings.

With Hastings’ pledge, Alabama now has commitments from two interior defensive line prospects in the 2022 recruiting class. However, Nick Saban and company still have some work to do on the recruiting trail to add to this group.