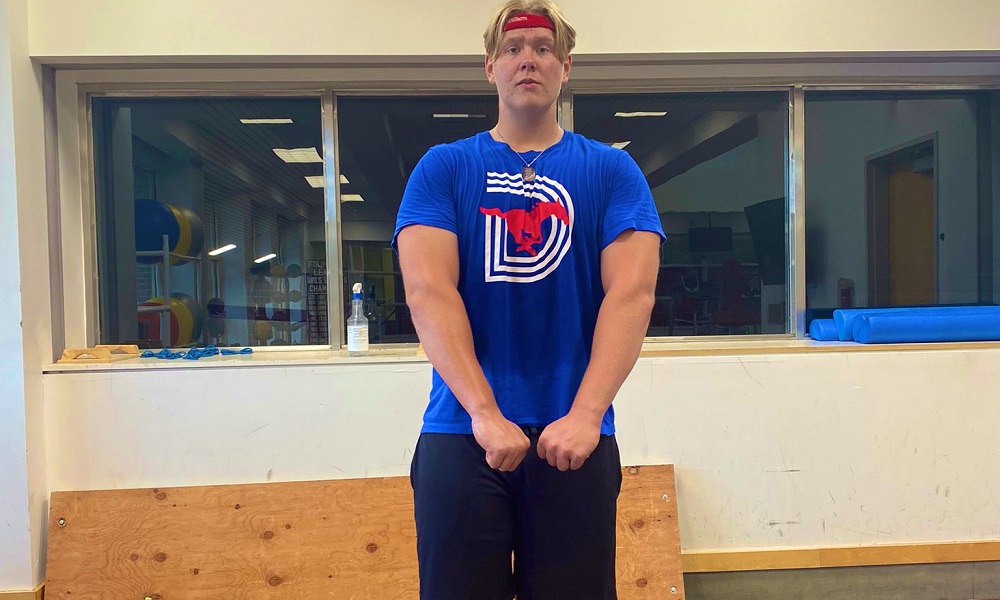 #AGTG 🙏🏻🙏🏻
After a great call with Coach Marrone, I am honored to say I have received an offer from the University of Alabama!! #rolltide @CoachJeffMoore @GridironImports pic.twitter.com/OWghM1jdVQ

Alinen is originally from Finland. This is his first year playing football inside the United States of America as he is currently a junior at Loomis Chafee High School in Windsor, Connecticut. Alinen’s offer came from the Crimson Tide’s offensive line coach Doug Marrone.

The four-star recruit told Touchdown Alabama it felt unreal when he found out he got an offer from the Tide.

“It felt like a dream, to be honest,” Alinen said. “I feel it is the most prestigious program in college football based on winning and producing NFL talent.”

Alabama hosted Alinen at camp during the summer. He did not receive an offer after camping in June but earned it with his play this season.

“I feel like the biggest part has been the amount of work I did after the camp at Alabama in June,” said Alinen. “That lead to huge improvements in my athleticism and overall playing.”

The Finland native currently stands at 6-foot-7 and weighs 300 pounds. He is projected to be an offensive tackle at the next level, and he possesses all the tools needed to be one of the best at the position in the 2023 recruiting class. He carries his weight extremely well and moves really good. He has some nastiness to his game and is always looking for an opportunity to get a pancake block as he blocks throughout the play.

Alabama does not have a commitment from a 2023 prospect but has extended a long list of offers. Alinen could become one of Alabama’s top offensive line targets.