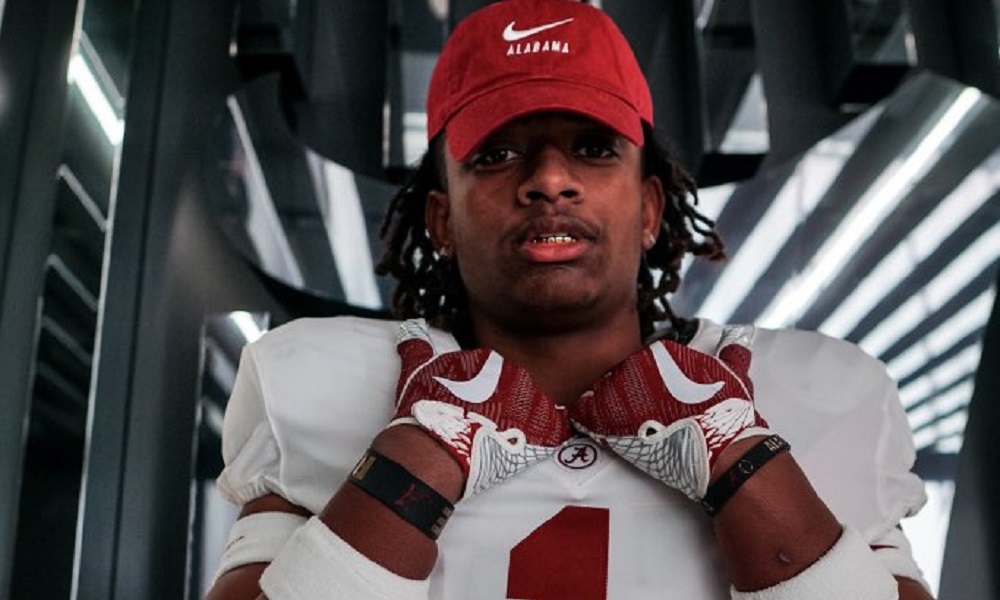 The American Heritage product is rated as a four-star recruit and is one of the top edge rushers in the 2022 recruiting class. Alabama hosted Jones for an official visit a couple of weeks ago. At the conclusion of that visit, Jones posted to Twitter that Alabama ‘felt like home.’

Alabama’s coaching staff and members of the Crimson Tide’s 2022 recruiting class have put a lot of effort into recruiting the four-star prospect. The Tide’s four-star offensive lineman commit, Tyler Booker told Touchdown Alabama Jones was one of the players he really wanted to join him in Tuscaloosa.

“I want to help bring in Earl Little and Marvin Jones,” Booker said. “Those are my top two.”

Jones currently stands at 6-foot-4 and weighs 245 pounds. American Heritage allows the long prospect to rush from the edge in a similar fashion to the way Alabama brings pressure with their outside linebackers.

Alabama has a commitment from one of the nation’s best edge rushers with a pledge from Jeremiah Alexander. A commitment from Jones could create a dangerous duo for the Crimson Tide in the future.