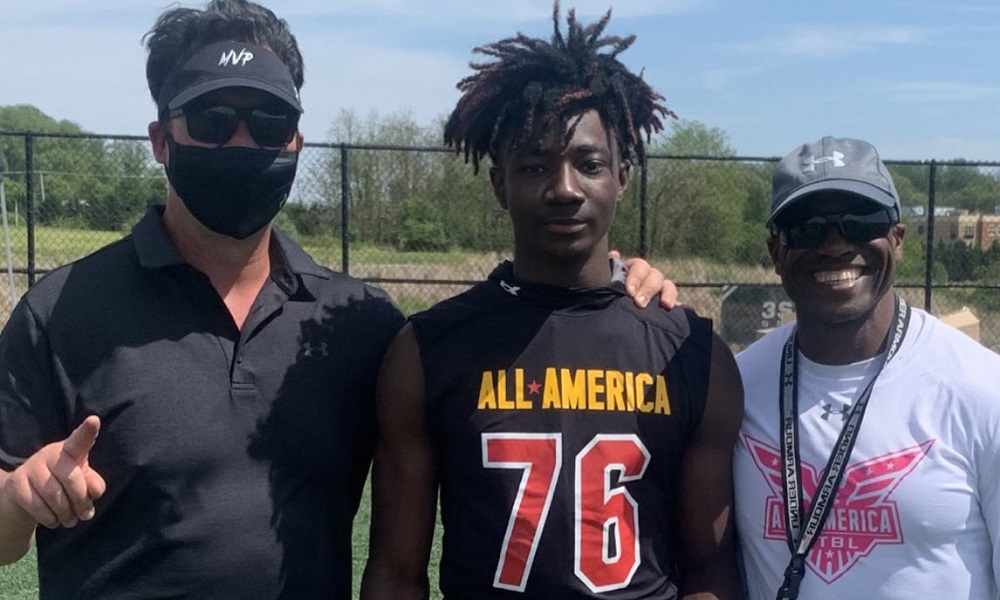 Robinson is a 2024 recruit and is a native of New Haven, Connecticut. He currently attends Iona Preparatory School in New Rochelle, New York and is rated as a four-star recruit by multiple recruiting outlets. The Connecticut product said he feels his Alabama offer is a significant one because not many kids from his area grab the attention of Alabama football.

“I was very happy when I was told I got it,” said Robinson. “Kids from New Haven do not get offers from Alabama often. This is a very special offer. They are one of the best in the country, and they prepare you for the next level. With me being a defensive back, it would be an honor to learn under coach Saban. Their facilities are top-notch. I remember going to the camp there when I was 9, 10 and 12 years old. I went three years, and I was amazed by the facilities.”

“Coach said the staff sat down and watched my film,” Robinson said. “They were impressed with my technique, ball skills and tackling. Coach Saban liked what he saw, and he said offer me. I pride myself on being a complete defensive back. That is what separates me from the rest. I am also versatile enough to play safety if needed.”

Robinson currently stands at 6-foot-1 and weighs 175 pounds. As a sophomore for Iona, he showed he was indeed an all-around defensive back. He excelled in press coverage and pulled in several 50/50 balls for interceptions with his impressive ball skills. The four-star recruit also showed he was capable of coming downhill to help in run support.

The Crimson Tide will look to get Robinson back on campus in the future and continue building their relationship with the elite talent.