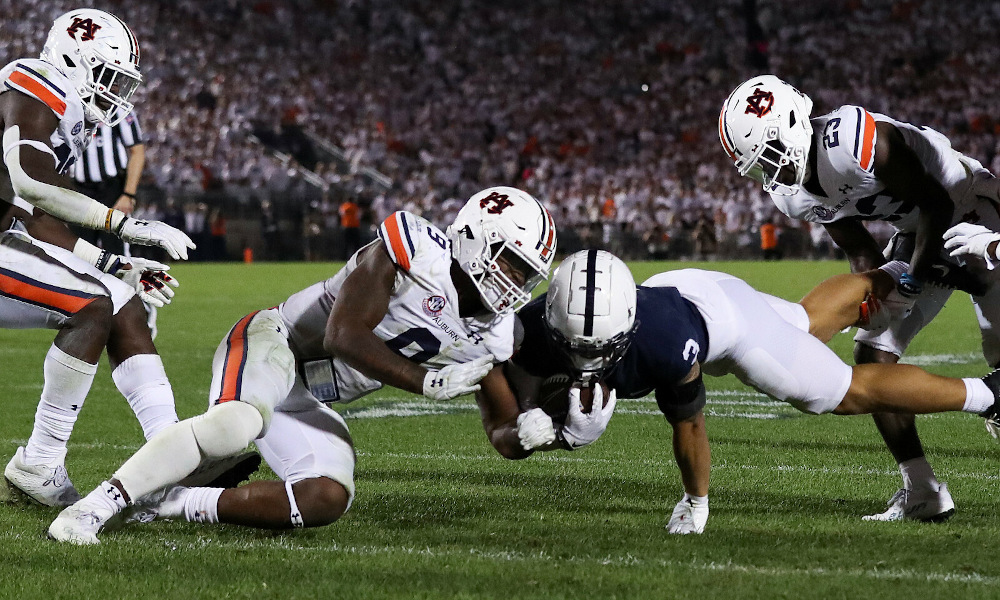 Auburn has an opportunity to do two things on Saturday: enter its bowl game with a win and spoil Alabama’s chances at the College Football Playoff.

The Iron Bowl has been a conversation since the summer. Tigers’ defensive lineman Tony Fair posted a video to Twitter with the caption: “We’re comin’ to take the head off the elephant.”

Bo Nix echoed those words at SEC Media Days, and he continued by stating how Alabama receives all the calls from officials.

Regardless of the chatter, Auburn is up for the matchup at Jordan-Hare Stadium. The Tigers have won four of seven games at home against the Tide in the Nick Saban era — including victories in 2017 and 2019. Auburn believes it can knock off Alabama, despite not having Nix. T.J. Finley will serve as its starting quarterback.

Zakoby McClain, a senior, is in his final Iron Bowl.

The defensive captain leads the Tigers for total tackles (89) and has seven tackles for loss, two sacks, four pass breakups, and two quarterback hurries. He sets the tone for Auburn as a linebacker. McClain has confidence in facing Alabama, and he shared it via social media.

Hopefully, the Tide is prepared to match the Tigers’ intensity.

Each opponent gives Alabama its best game, and Auburn does it well. CBS Sports will have the call at 2:30 p.m. CT.