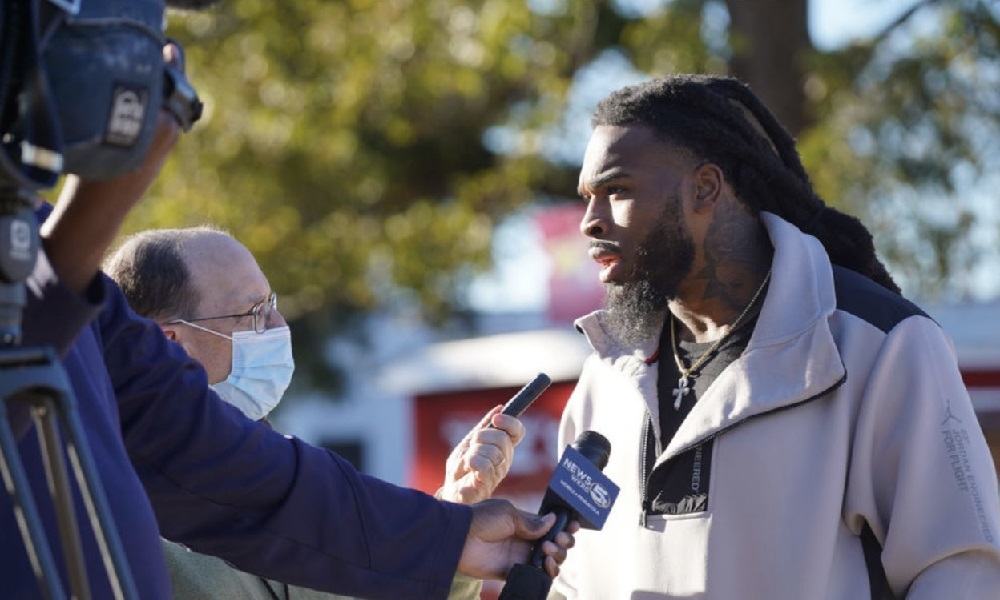 Alabama alums and former Alabama football players, Mark Barron and Chris Rogers teamed up to help give away more than 750 turkeys for Thanksgiving earlier this week.

The non-profit organization, FeedingTheGulfCoast and the city of Prichard partnered with the former Crimson Tide players for the turkey giveaway in Mobile county on Nov. 23.

Barron played for the Crimson Tide from 2008 to 2011 before he was selected in the first round of the 2012 NFL Draft. He was a part of multiple turkey giveaways this holiday season, including one where more than 1,500 turkeys were given away.

Both Barron and Rogers were a part of Nick Saban’s first National Championship team. Now they are both giving back and helping families in need.