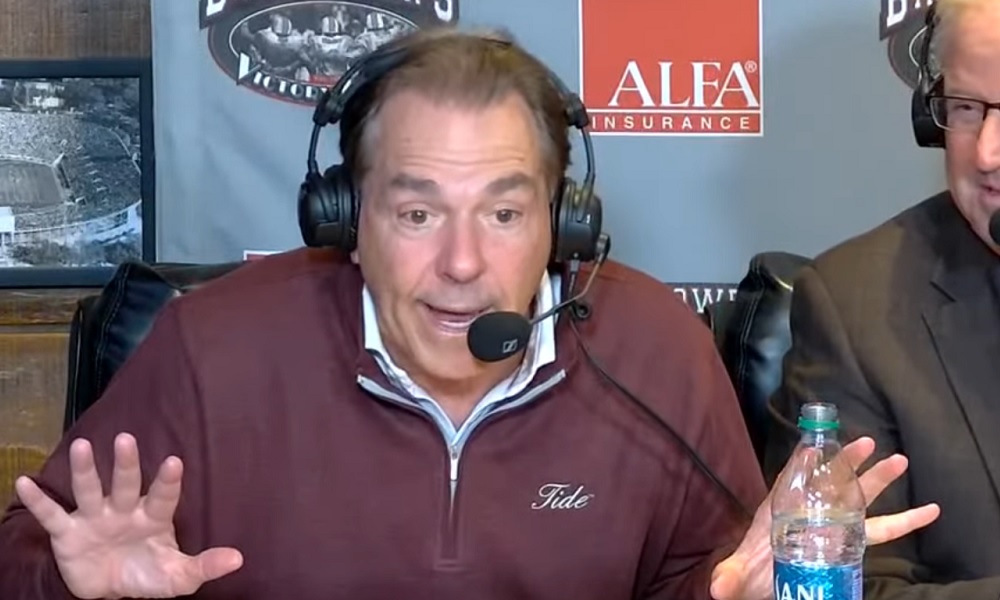 Alabama head coach Nick Saban made a statement to the Crimson Tide fans Wednesday night on his weekly radio show.

During his segment, Saban called out a few “self absorbed” fans for their lack of commitment and support towards his team this season.

I was at the Arky game and was watching the stands empty of Bama fans. So disappointing.

So what he said does not offend me at all. At some point the recruits will say what’s the use in goin to UA and go somewhere else

If we can criticize the team..then they have the right to criticize us. It’s all valid. If what Coach Saban offended you ..then you are self absorbed. I knew he was speaking to me. I’m guilty. I accept what he was saying. He’s right. I feel like sometimes I’m right.2 way street

I see both sides for sure. Agree with everything he said. I think most fans don’t necessarily demand excellence we just want to see a team reach its potential and avoid making repeat mistakes. This team hasn’t really done either and given the talent we have, it’s hard to overlook

Saban needs to focus on defense, not fans. Fans make Alabama special. We love our team and demand excellence – that is why Saban is coach. I thought we understood each other. aight