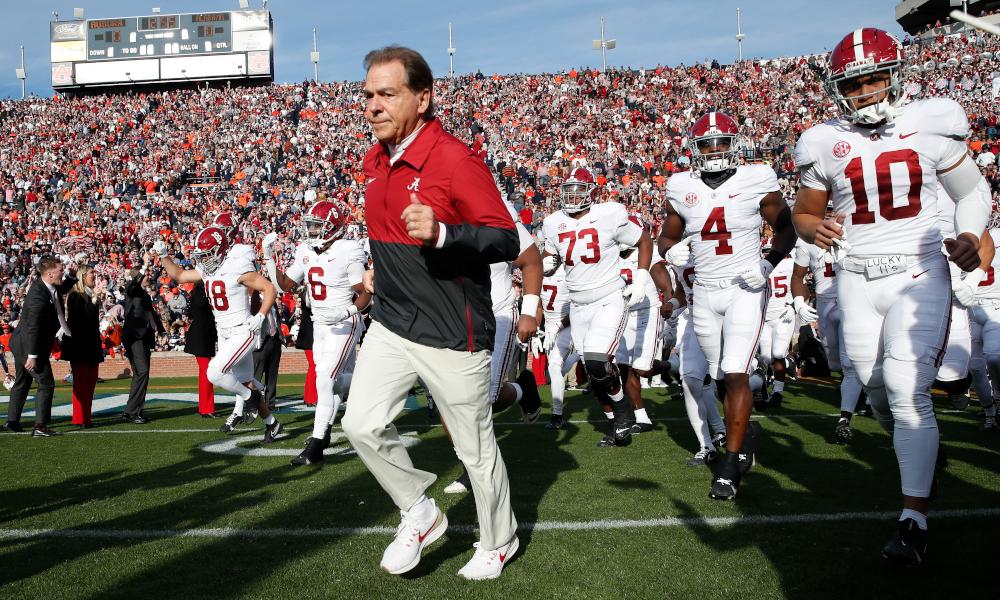 Nick Saban gets his first Iron Bowl victory at Jordan-Hare Stadium since 2015.

It was not pretty, but Alabama pulled out a thrilling win in four overtimes. Despite its offense struggling for most of the game, Bryce Young came through when his team needed him. He tossed a touchdown pass to freshman receiver Ja’Corey Brooks in the fourth quarter and one to Slade Bolden in overtime. The sophomore quarterback took seven sacks; however, he found a way to total 317 passing yards. John Metchie recorded 150 yards receiving on 13 catches and Brooks had two catches for 49 yards, including a 28-yard touchdown. Alabama earned a 24-22 victory to end the regular season, and it fought for this one.

Defensively, the Crimson Tide forced six sacks, 15 tackles for loss, and one interception. Tank Bigsby was held to 63 yards rushing on 29 carries. T.J. Finley had 137 passing yards. Auburn totaled 159 yards and had 22 fewer plays than Alabama (88 to 66).

Henry To’oto’o posted nine tackles to lead the defense. Will Anderson had seven tackles, three tackles for loss, and one sack.

Dallas Turner (1.5), Phidarian Mathis (1.5), Kool-Aid McKinstry (one), and Daniel Wright (one) each had one sack, while Josh Jobe recorded an interception off Finley. Alabama’s defense played with purpose and led the way in this victory.

The Crimson Tide faces Georgia next week for the SEC Championship.