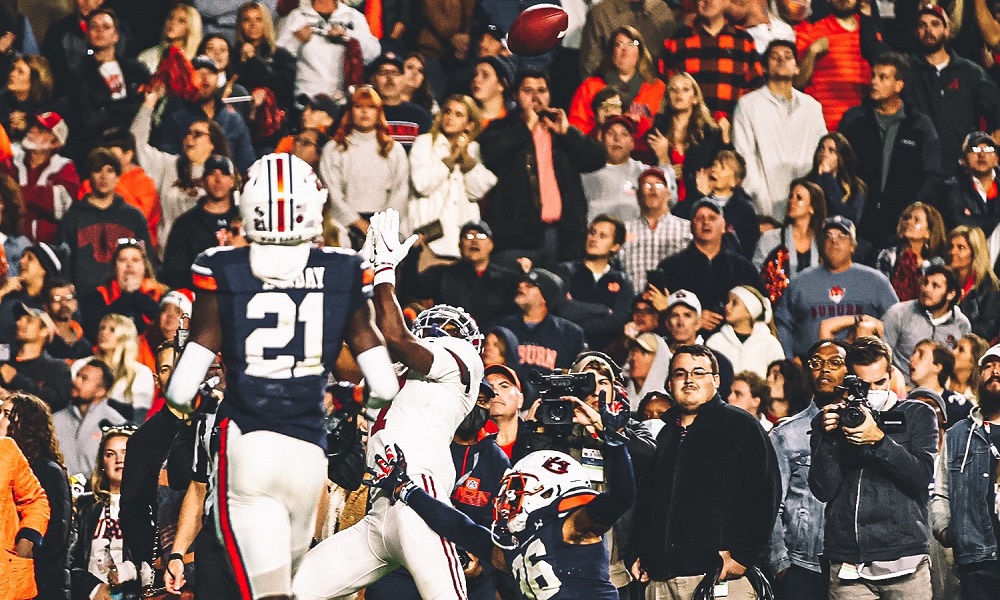 When Jameson Williams was ejected in the first half against the Auburn Tigers, Alabama head coach, Nick Saban immediately challenged his offense to step up.

That player was true freshman wide receiver, Jacorey Brooks. Brooks, a 4-Star receiver from Miami, Florida was highly-touted and has seen his playing time increase from a primary special teams player to more time on offense.

With :24 left in the fourth quarter, Brooks made a fantastic catch for a touchdown to put Alabama in position to tie the game. In high school, Touchdown Alabama Scouting/Recruiting Analyst, Justin Smith recorded Brooks making a similar stellar catch for IMG Academy.

See both plays below and compare. 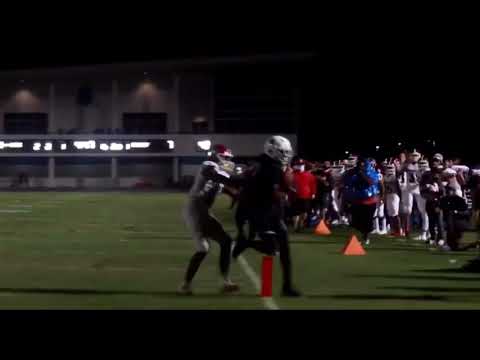