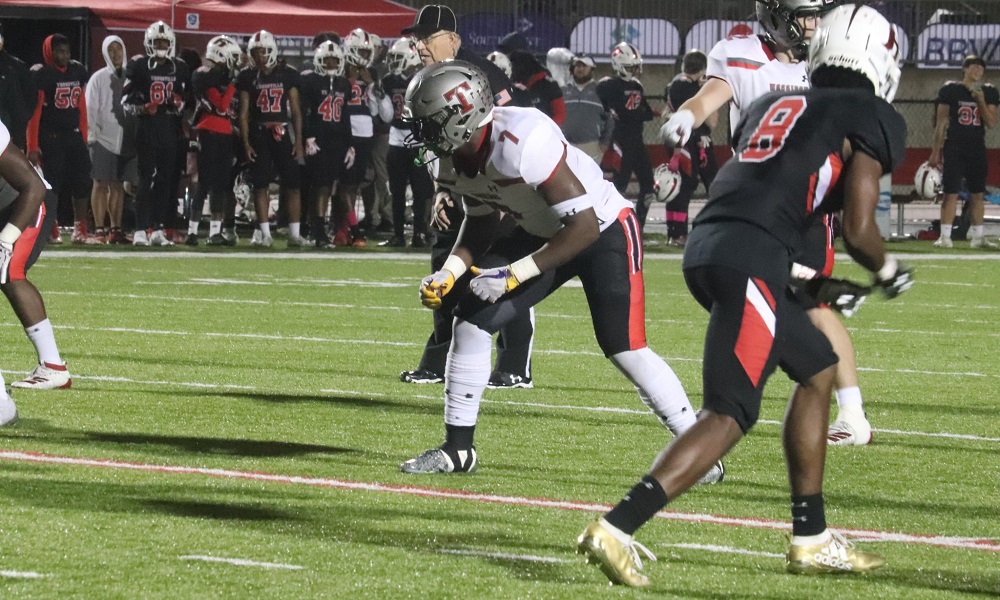 Trequon Fegans with the interception for Thompson. 7:06 left in game. pic.twitter.com/7f1GyzdVpt

Alexander finished the night with one tackle, one sack and one tackle for loss, according to the AHSAA Super 7 official box score. However, his sack resulted in a Central Phenix City punt. Alexander has been a part of Thompson’s last three titles.

Karmello English, a 2023 wide receiver target for the Tide, pulled in a receiving touchdown for the Red Devils and four-star defensive end, Tomarrion Parker added a tackle.

Fegans is expected to play in the Alabama-Mississippi All-Star game next week.