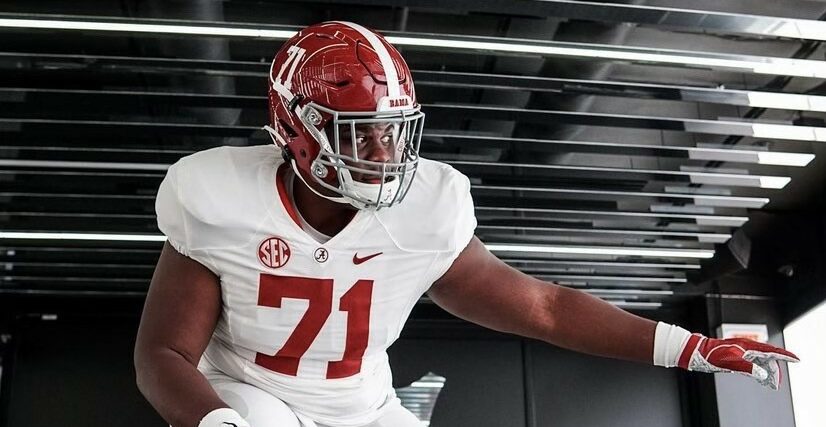 Greene include Alabama, Georgia, Ohio State and Texas in his latest top schools list. The Crimson Tide hosted Greene for an official visit in November. He return to the University of Alabama Thursday for an unofficial visit and plans to be in Atlanta when Alabama takes on Georgia Saturday in the SEC Championship.

Alabama offered Greene in May of 2020. That offer came from former Alabama offensive coordinator Steve Sarkisian. The St. John Bosco (CA) product told Touchdown Alabama he felt Alabama produce NFL talent like a factory upon receiving an offer from the Tide.

“Alabama is practically a first-round factory and they have been dominant since I first started watching football,” Greene said. “So, what is there not to like about them?”

Greene currently stands at 6-foot-4 and weighs north of 300 pounds. He was very productive during his senior season with his aggressive run-blocking style and his ability to get to the second level.

Alabama is looking to add another offensive lineman to its 2022 recruiting class. Greene is one of many Alabama lineman targets still on the market.