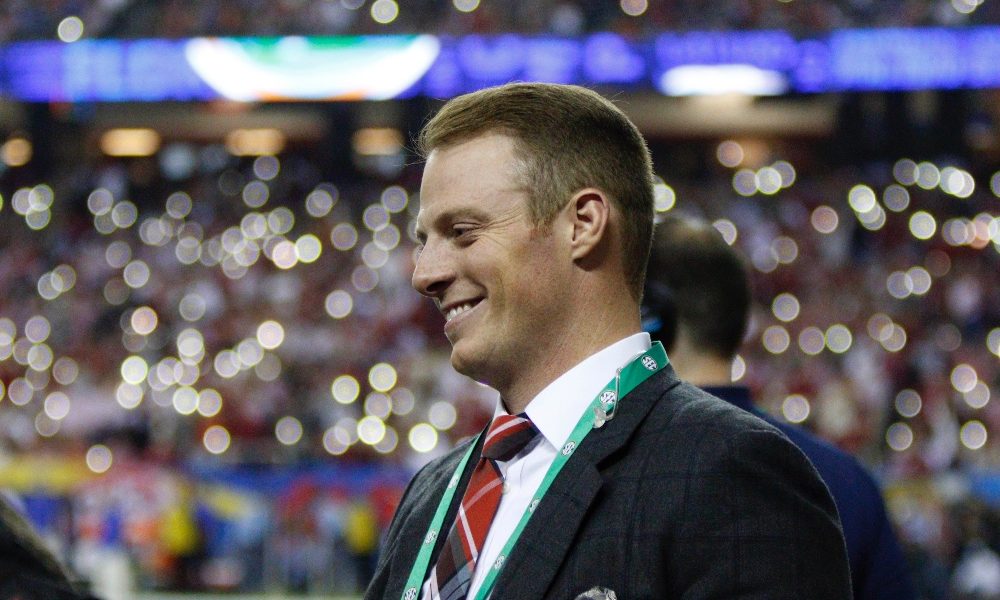 Danny Kanell is known for stirring the pot with his takes on college football.

He played quarterback at Florida State University and spent eight years in the pros.

Kanell has been a broadcaster/analyst since his playing career ended. He has been employed by ESPN and Fox Sports 1, but now he’s on SiriusXM Radio. Kanell has never been a fan of Alabama football or the Southeastern Conference. He constantly pokes at either the Crimson Tide’s strength of schedule or the SEC’s record in bowl season. Kanell made a comment on Twitter about recruiting rankings and who benefits the most from them. Greg McElroy, a former Crimson Tide quarterback, is an analyst for ESPN’s SEC Network. He saw Kanell’s thoughts and ripped him via social media for his ’embarrassingly tired’ takes on the SEC.

I hate that the FPI bakes in recruiting rankings. Gee I wonder who that benefits…..

Give it a rest, DK. Your constant negative schtick has become embarrassingly tired. https://t.co/6pIps5VyOf

McElroy guided Alabama to its first BCS National Championship under Nick Saban in 2009.

RELATED: Alabama football could get Christopher Allen back for CFP

He brings an unbiased approach to his analysis, but Tide fans get excited when McElroy defends the program at Alabama.