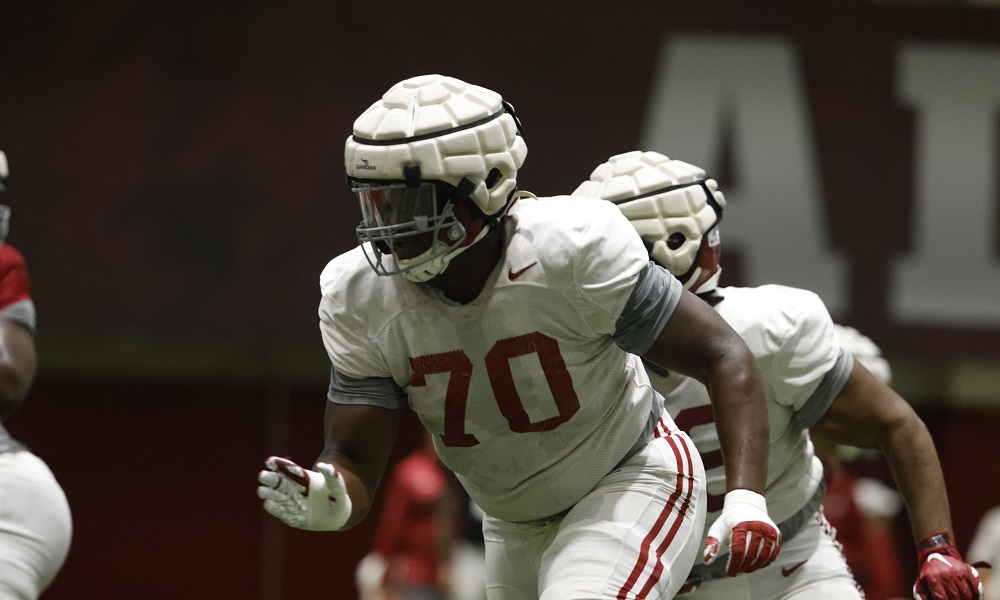 Alabama suits up to play Auburn once a year, but the trash talk and trolling is an everyday occurrence.

Crimson Tide offensive lineman Javion Cohen was the latest to throw a jab at the rival Tigers, as he visited the team’s practice at Hoover High School in preparation for its game against Houston in the Birmingham Bowl. Cohen, who was parked on the side of the road, exited his car and flashed the crance kick celebration toward the practice.

As we turn our attention to Hoover High 😂😂.. pic.twitter.com/Piu0OiPj4K

Alabama bested Auburn in the Iron Bowl last month in a classic 24-22 four-overtime game at Jordan-Hare Stadium which ended with a crane kick from wide receiver John Metchie who sealed the Crimson Tide win.