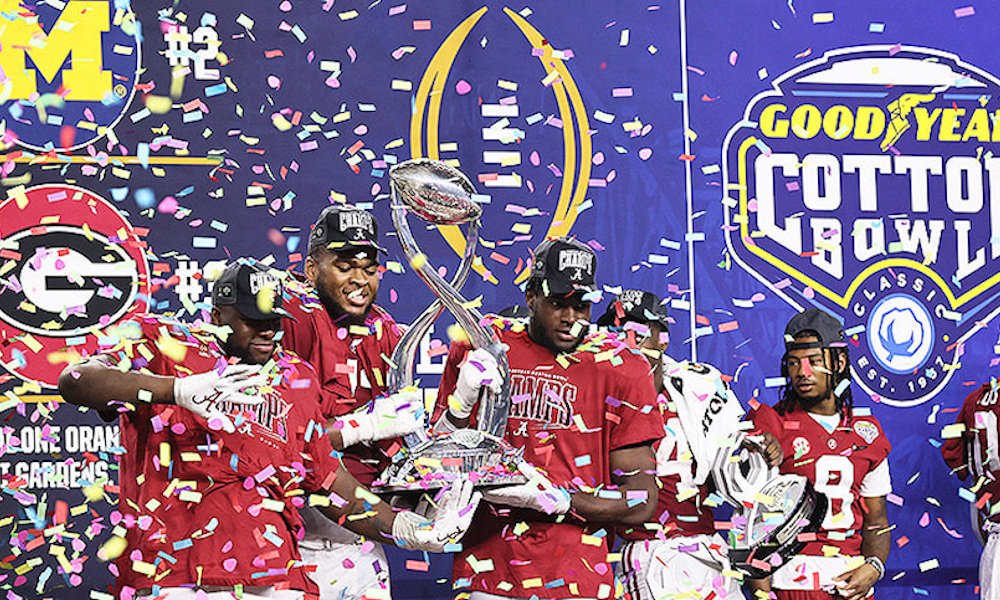 Nick Saban’s ultimate motivation card is about to happen.

The Crimson Tide is heading back to the College Football Playoff National Championship Game, and it has a rematch with the Bulldogs.

Michigan suffered an 11-34 loss to Georgia in the Orange Bowl as the Bulldogs stifled the Wolverines.

Alabama is the SEC Champion and reigning national champion, but it opens as a 2.5-point underdog to Georgia per several betting sites.

The Tide was a 6.5-point underdog in the SEC Championship matchup, but it defeated the Bulldogs by 17 points.

Will Anderson Jr., a native Georgian, was hyped up in Alabama’s locker room after a 41-24 victory. He screamed, “Underdog, Underdog Who!” in celebration. He feels the Crimson Tide has not received the respect it deserves from national media.

Anderson will have his teammates ready for the sequel.

Alabama and Georgia met in the 2018 CFP National Championship Game.

Georgia dominated the first half, but Saban made a call for the ages at halftime.

He benched Jalen Hurts for Tua Tagovailoa, played more young players, and it allowed the Tide to get a 26-23 comeback victory. Kirby Smart has not beaten Nick Saban in four tries. The football powers are giving him another chance to knock out Saban. We will see what happens on Monday, Jan. 10.

Both teams will face each other at Lucas Oil Stadium for all supremacy in college football.