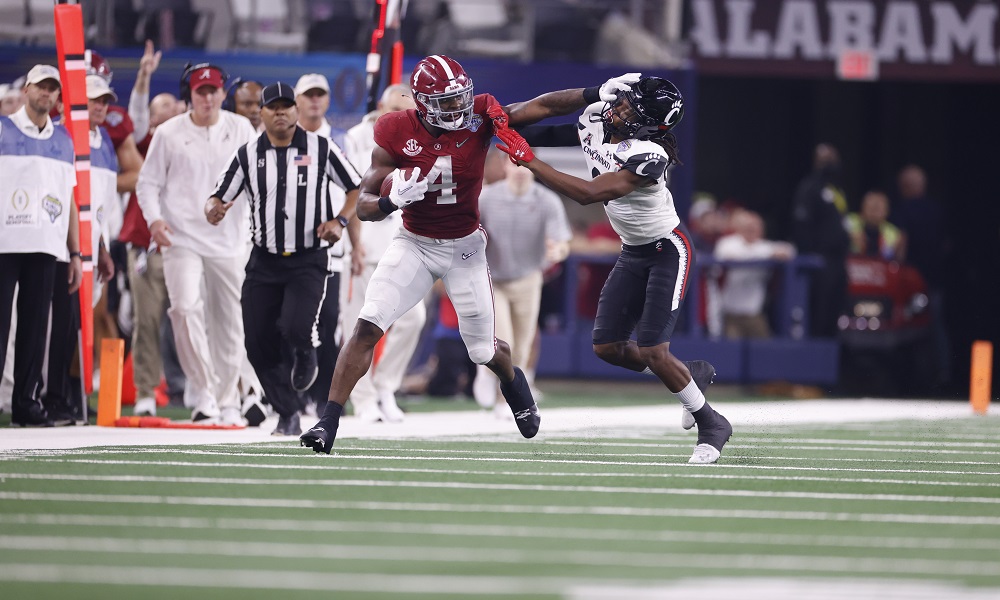 The Alabama coaching staff named seven players of the week following the Crimson Tide’s 27-6 win over No. 4/4/4 Cincinnati in the College Football Playoff Semifinal at the Goodyear Cotton Bowl Classic last Friday. Evan Neal and Brian Robinson Jr. on offense; Will Anderson Jr., Jordan Battle and Brian Branch on defense; and Demouy Kennedy and Drew Sanders on special teams were all honored for their play against the Bearcats.