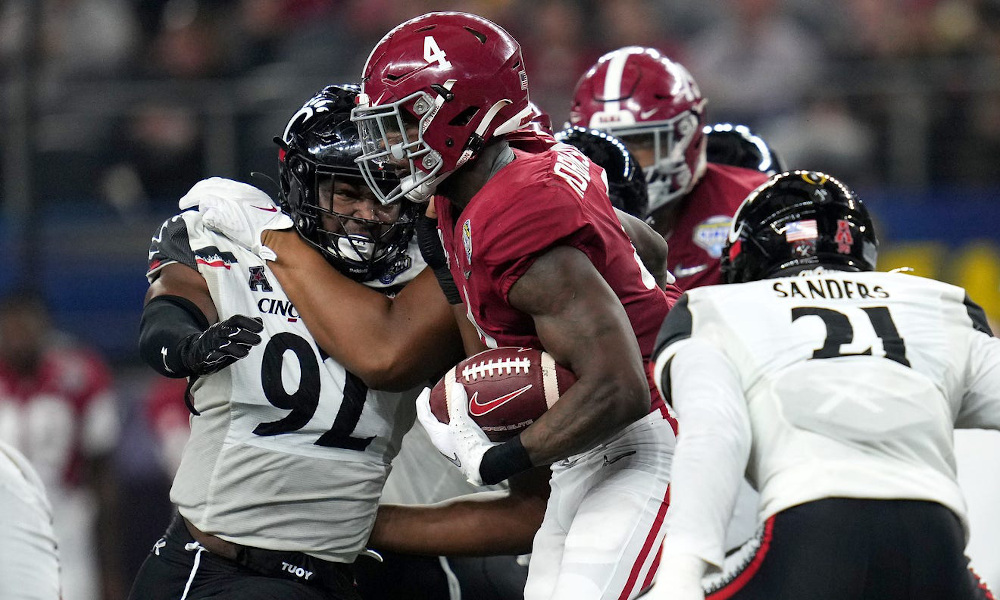 Brian Robinson has endeared himself to Alabama fans as the ultimate Crimson Tide player.

As a Tuscaloosa native, all Robinson has ever known was the University of Alabama.

RELATED: Chris Allen posts picture of helmet and shoulder pads in his locker ahead of CFP title game

He dreamed of playing at Bryant-Denny Stadium and winning championships as he went through the recruiting cycle from Hillcrest High School. Robinson chose the Crimson Tide as a four-star prospect in 2017. Nothing came easy for him, but he wanted to earn everything.

The NCAA transfer portal gives athletes other options, but Robinson did not want to play for another school. We have seen players leave situations after one year if they do not like it.

Robinson waited five seasons to be the No. 1 running back for his hometown program.

Robinson improved each year but earned his time in the 2021 season.

He recorded his first 1,000-yard rushing campaign (1,275) and has 14 touchdowns. Robinson is an All-SEC performer and totals five 100-yard games – including a 200+ yard outing versus Cincinnati in the Cotton Bowl.

His journey has led him to Indianapolis for his final game at Alabama. The 6-foot-1, 225-pounder is looking for his third national championship. Robinson was not healthy for the Southeastern Conference title matchup with Georgia, but he is 100 percent for Monday.

He’s elevated his draft stock to at least second-round value, but Robinson wants to hoist a national championship for Tide fans once more. In today’s interview, he spoke passionately about why he wants to come out on top one more time for Alabama.

“I wanna lay it all on the line for my team, for my school,” Robinson said. “With this being the last time suiting up for Alabama, I just wanna leave no doubt that this university is truly in my heart, and I love it.”

It took a while, but Crimson Tide fans love Robinson for the leadership, patience, and heart he developed for the program. He said after the Cotton Bowl that Alabama would repeat as champions, and now he looks to make his words a reality.