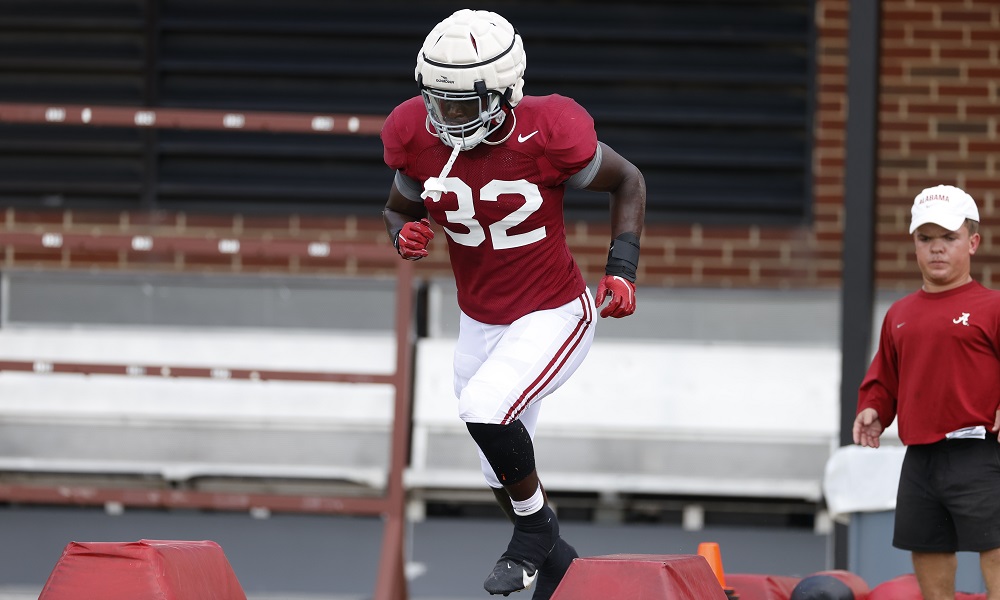 Christian Harris is expected to leave Alabama football and declare for the NFL Draft.

His departure opens an opportunity at weakside “Will” linebacker in the spring.

Deontae Lawson, a native of Mobile, Ala., has prepared himself to seize the moment.

He arrived as a unanimous four-star recruit in the 2021 class. Lawson led Mobile Christian Academy to the Class 3A state title game as a junior. He totaled 134 tackles in 2019, including 101 solo stops. Lawson worked in four games during the Crimson Tide’s 2021 season, but he spent time learning the defensive system.

He played well last spring in the A-Day game, but the in-state specimen is ready to leave his mark.

Alabama legends such as C.J. Mosley and Rashaan Evans made the No. 32 special.

Dylan Moses wore No. 32 in his career, and he helped the Tide to an undefeated national championship season in 2020.

Lawson will carry on the torch. He posted on Twitter after the loss to Georgia in the CFP National Championship Game that “We will be back and everyone knows that.”

Alabama will return to the CFP stage next season. The Tide returns Henry To’oto’o, DJ Dale, DeMarcco Hellams, Jordan Battle, and Byron Young on defense. Lawson will suit up next to To’oto’o, and it will be fun to see how the young man performs.