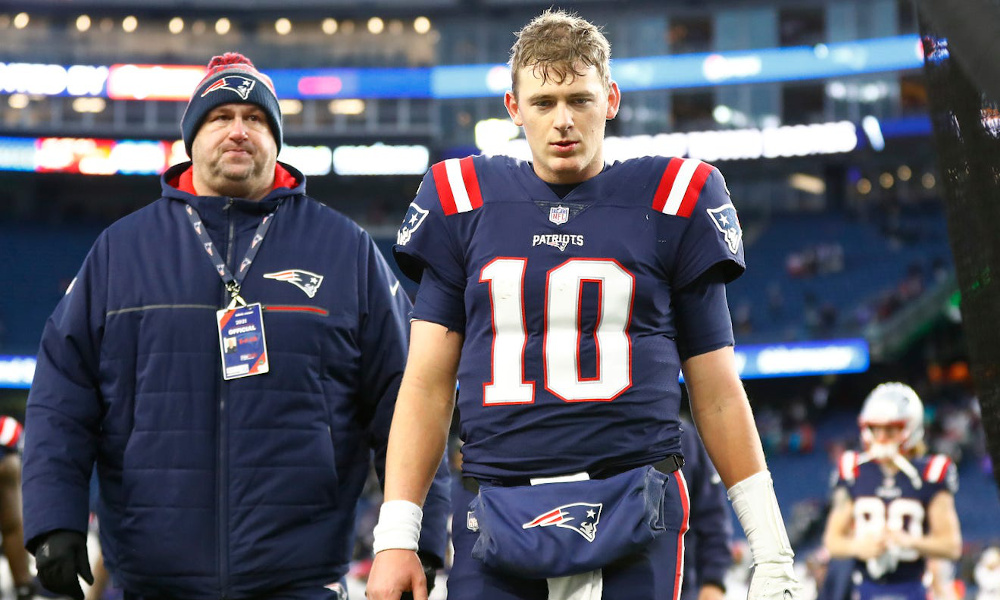 The competitor in Mac Jones is frustrated after New England suffered a 17-47 loss to the Buffalo Bills in Saturday’s AFC Wild Card Card Game.

He wanted to lead the Patriots on a deep playoff run, but New England fans and the NFL world came away impressed with some things Jones did on the field. He completed 24 of 38 passes for 232 yards with two touchdowns and two interceptions. Jones had some turnovers, but he also dropped dimes. The receiving unit for the Patriots failed to catch passes. Kendrick Bourne was the only receiver in sync with Jones. If New England gets Jones a No. 1 weapon, he is going to turn things up in the NFL.

Alabama fans, Patriot fans, and the NFL world responded below to Jones’ performance.

Mac Jones with his first career playoff TD. Nice milestone for the rook.

It is absolutely ridiculous how bad Mac Jones’ pass catchers are.

I’d be willing to say that 6 receivers on Alabama’s depth chart in 2020 were better than any wideout currently in New England. This is ridiculous.

Mac Jones is really good. Will only get better. Don’t let that get lost in the debacle.

Looking to next season, if the Patriots can put a true No. 1 receiver with Kendrick Bourne, Jakobi Meyers and Hunter Henry, the passing attack should make some really big improvements. Mac Jones is for real, and so is the OL/RB group.

The defensive fixes are more complicated.

Mac Jones did play pretty well in his first playoff game. Obviously he made some mistakes in there, but he was clearly not the problem for NE. https://t.co/aJxFVRpN9G

It’s pretty incredible that the Patriots made it to the postseason. A year ago this franchise looked completely listless with an aging placeholder at QB.

Mac Jones has a bright future ahead of him. The AFC East is going to be a Bills/Pats fistfight for the foreseeable future.

“I think the future is bright for this organization with that young man.”

Mac Jones hard on himself again after this one. Said the Hyde INT wasn’t a good throw. But I thought his answer about becoming a better leader to, “bring the guys with me” was the most telling. Mac came to play. Rest of the team didn’t. #Patriots

Buffalo’s offense was too much for New England’s defense, but the future is bright with Jones.