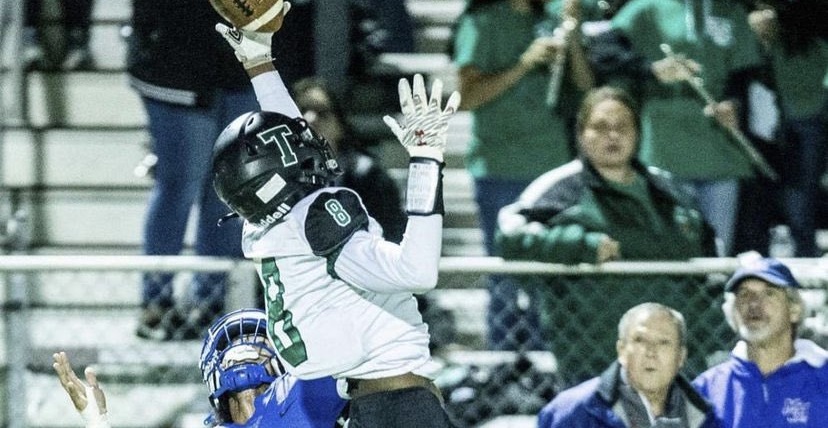 Tanner High School’s (AL) sophomore, Skylar Townsend has placed himself in the running to be one of the state’s top prospects in the 2024 recruiting class after an impressive sophomore season.

The 6-foot-2 prospect finished the 2021 season with 32 receptions for 699 yards and nine touchdowns en route to racking up several post-season accolades. The Rattlers used Townsend at wide receiver and defensive back during his sophomore season, and he was able to make several highlight-reel catches down the field with his impressive vertical and his ability to attack the football in the air. His top-tier ball skills were on display on both sides of the football, but Townsend enjoyed playing on offense a little bit more this season.

“I like playing wide receiver the most,” Townsend said. “This was actually my first year playing there. I have always been a quarterback.”

Since he only has one season of wide receiver experience under his belt, Townsend knows there are some areas he needs to get better and grow in.

“I feel like I am a better route runner than I have been able to show, and I feel whenever a ball is in the air, it is mine to go get,” said Townsend. “I want to just continue to get faster and stronger. I want to improve my hands and polish off my route running, so I am able to create separation.”

Townsend is considered an all-around athlete, who spends his winters on the hardwood punishing the rim.

There are a couple of college programs showing interest in Townsend at the moment, including Mississippi State, Vanderbilt and Georgia State. That interest could turn into offers really soon.