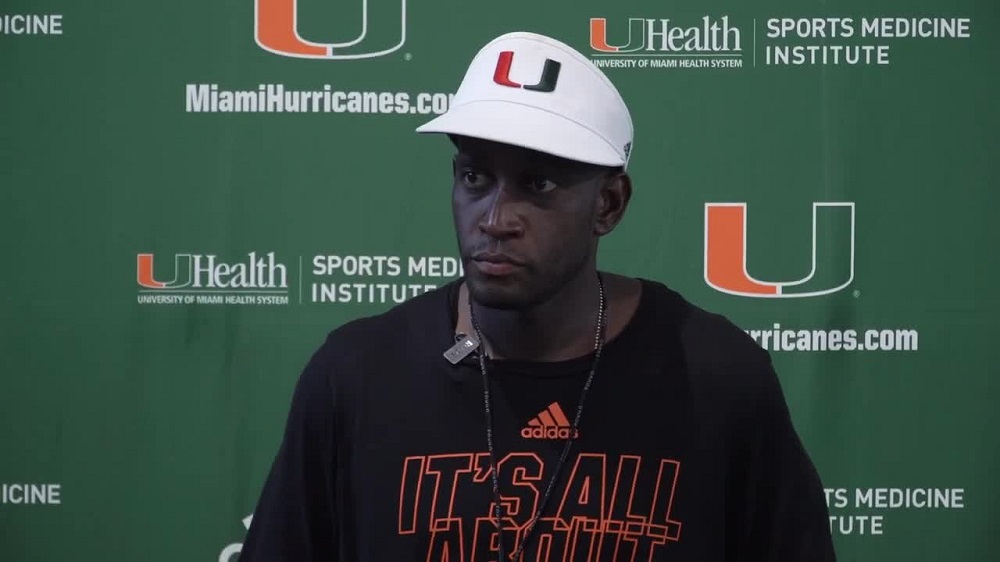 Alabama football is expected to hire Travaris Robinson as its cornerbacks coach, and the 40-year-old is bringing an impressive recruiting track record to Tuscaloosa.

The former Auburn defensive back is originally from Miami, Florida, and he has been able to recruit his home state with a lot of success in the past. The Crimson Tide is expected to use Robinson’s South Florida roots and his impressive recruiting skills to their advantage in the future.

Robinson was the defensive back’s coach for the Miami Hurricanes last season after making previous stops at Florida, Auburn and South Carolina. Some of his biggest recruiting wins happen when he was the defensive backs coach for the Florida Gators from 2011 to 2014. He helped the Gators make some big splashes on the recruiting trail when he was on staff.

Vernon Hargreaves, who was a five-star defensive back coming out of high school and a first-round draft pick in 2016, was recruited by Robinson. Hargreaves signed with Florida in 2013 and was joined by four-star defensive back and fellow Florida product, Marcell Harris, who Robinson also recruited. The new Alabama cornerbacks coach was also able to help recruit five-star cornerback and Washington, D.C. product, Jalen “Teez” Tabor to Florida during the following recruiting cycle.

Despite being at his Alma Mater for one year, Robinson left his mark on the Auburn Tigers’ recruiting efforts as well. He was able to convince Miami, Florida native, Carlton Davis to sign with Auburn. Davis is currently a cornerback for the Tampa Bay Buccaneers, and he was a part of their Super Bowl Championship winning team last season.

Alabama football has pulled a plethora of top prospects from the state of Florida in recent recruiting classes and wants to continue to do so in the future. Robinson is expected to play a huge role in Alabama recruiting the sunshine state and the secondary as a whole.