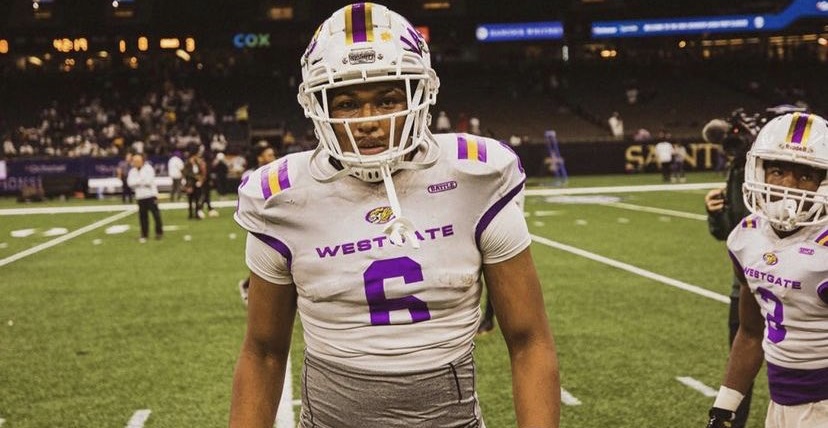 It looked as if the Alabama Crimson Tide had wrapped up its 2022 recruiting efforts until three-star tight end, Danny Lewis Jr. reported an offer from Alabama Wednesday.

Lewis is a product of Westgate High School in New Iberia, Louisiana. His recruitment has shifted into another gear with Alabama and LSU offering him weeks ahead of the traditional signing period in February.

The 6-foot-5, 240-pound prospect is considered a hybrid tight end. He is an above-average blocker, and he excels at catching the football in traffic and finishing runs with his physical playing style.

Alabama has signatures from two 2022 tight-end prospects in Elijah Brown and Amari Niblack. It looks as if the Crimson Tide want to add even more depth to the position moving forward.

Lewis is expected to officially visit Alabama this weekend.