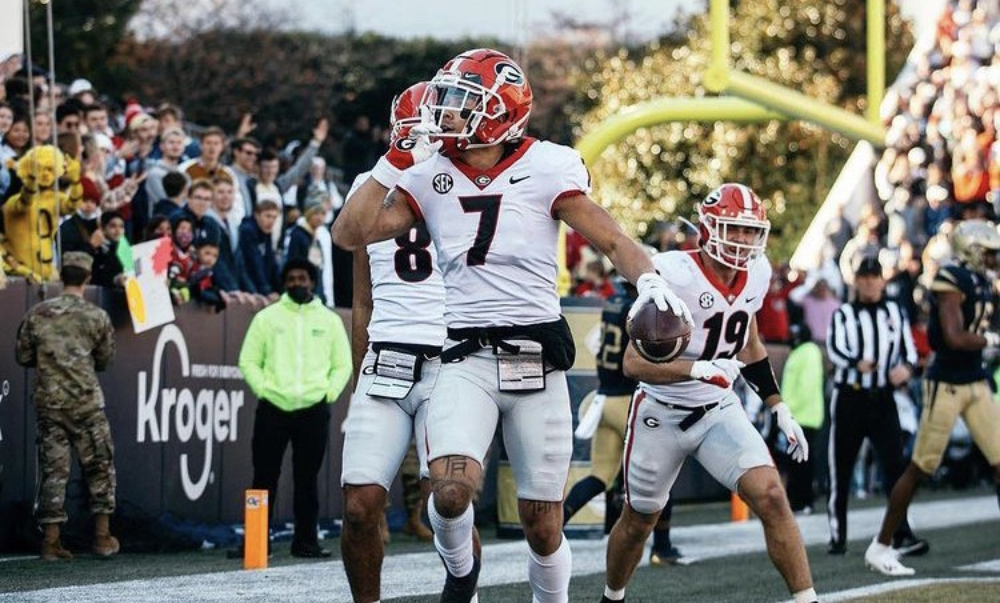 After Jameson Williams’ dominance from this past season, Alabama continues to find success picking up wide receivers from the transfer portal.

Former Georgia wide receiver Jermaine Burton announced on social media that he has officially transferred to the Crimson Tide.

Burton is now the third major addition Alabama has made from the transfer portal after it already acquired former five-star LSU cornerback Eli Ricks and former Georgia Tech running back Jahmyr Gibbs.

A native of Atlanta, Burton joined the Bulldogs in the class of 2020 and in his two seasons in Athens, caught 53 passes for 901 yards and eight touchdowns. He was expected to be one of the team’s top returning offensive players following Georgia’s national championship win over Alabama.

During the 2021 season, Burton finished as Georgia’s second-leading receiver behind freshman tight end Brock Bowers, as he finished with 26 receptions for 497 yards and five touchdowns while averaging 19.1 yards per catch. In the postseason, Burton caught just three passes for 85 yards and a touchdown through both games as two of his catches went for 28 yards against Alabama in the championship.

The Crimson Tide was in need of another boost at the wide receiver position after its top two receivers John Metchie and Williams declared for the NFL Draft following the season.