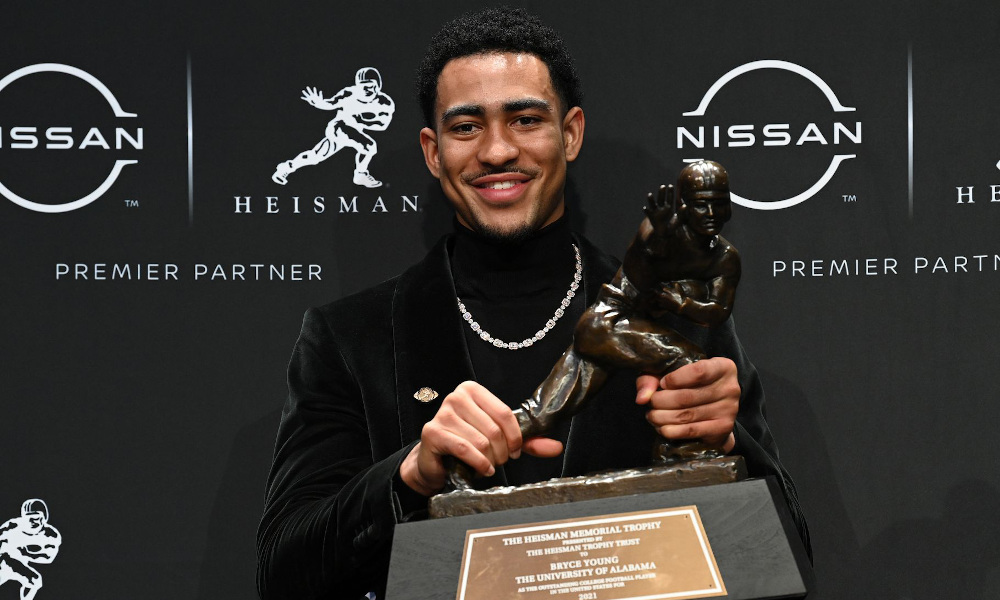 Daniel A. Moore is about to have Alabama fans purchasing another masterpiece.

He has created some of the most iconic portraits for New Life Art in honoring Crimson Tide football.

His latest work confirms Alabama as a program that produces Heisman Trophy winners. Moore’s painting has the Heisman Trophy in the background, Nick Saban at the top, and his four Heisman winners below him. Coach Saban propelled Mark Ingram (2009), Derrick Henry (2015), DeVonta Smith (2020), and Bryce Young (2021) to hoist the award. Ingram became the first Heisman winner, while Smith was the first receiver to win. Young made fans proud as the first Tide quarterback to win.

The painting is called “Saban Era Heisman Winners.” Fans can purchase a portrait via danielmooreart.com.