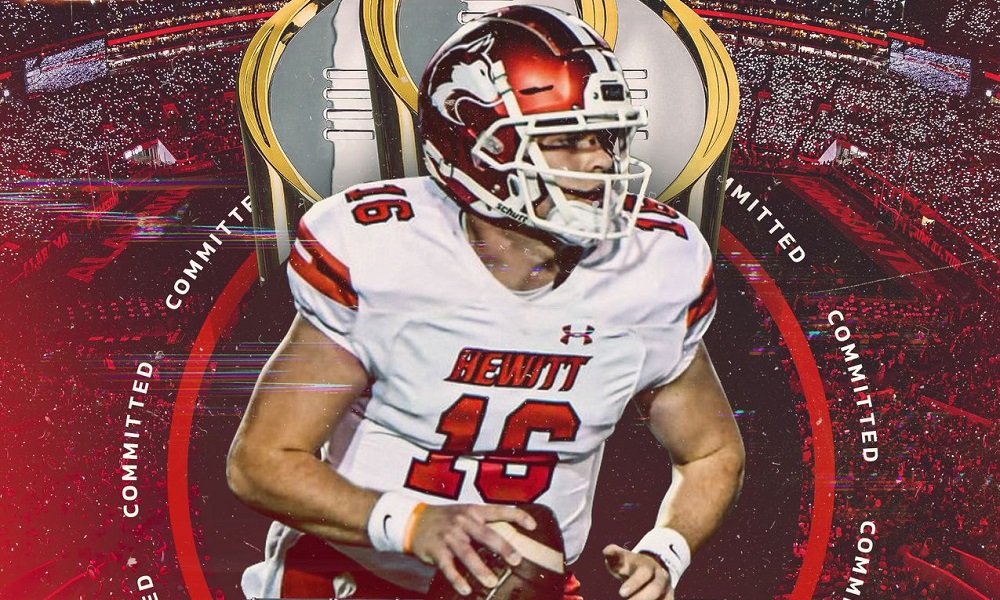 Cade Carruth announced he was accepting a preferred walk-on opportunity from the University of Alabama Wednesday via Twitter.

After a great meeting with Coach Saban and Coach O'Brien and discussion with my family I’ve decided to flip my commitment to the University of Alabama 🐘🐘Roll Tide!!! @Alex_Mortensen_ @AlabamaFTBL @HuskyFastNet @HuskyFast @joshfloydHT @QBC_Bham pic.twitter.com/piktIK5NbG

Carruth is a product of Hewitt-Trussville High School in Trussville, Alabama. He was previously committed to accepting a preferred walk-on opportunity from Mississippi State before he flipped his commitment to the Crimson Tide.

The Trussville product finished his high school career with 4,560 passing yards and 44 passing touchdowns en route to leading the Huskies to two 7A playoff appearances. The 6-foot, 195-pounder also added nine scores on the ground.

Carruth has ties to Alabama football. His uncle, Paul Carruth played for the Tide from 1981 to 1984 before playing in the NFL.