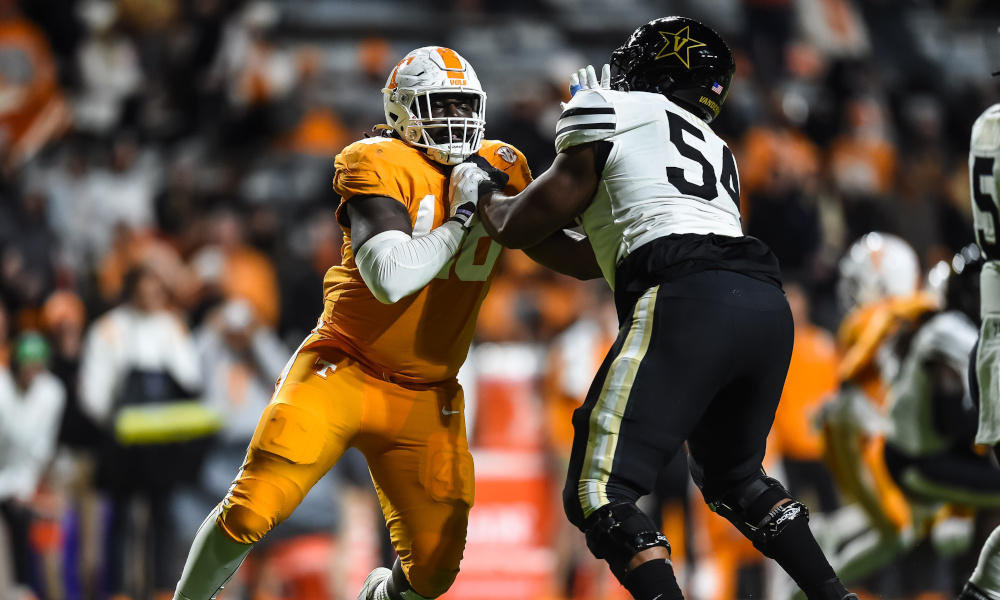 Nick Saban may be making one final dip into the NCAA transfer portal for Alabama.

He grabbed Jermaine Burton, Jahmyr Gibbs, and Eli Ricks, but this time it’s for an offensive lineman.

Coach Saban told reporters after the scrimmage that the Crimson Tide has three linemen out for spring practice, including two starters. This has given other players a chance to step up, but it also provides Saban an opportunity to look in the portal.

Tyler Steen, a native of Miami, Fla., is a transfer from Vanderbilt. He has visited the University of Alabama and possesses experience at offensive tackle. The 6-foot-5, 315-pounder started 33 games (21 at left tackle, 12 at right tackle) as a tackle in his tenure with the Commodores. He arrived at Vanderbilt in 2018 and made the switch from defense to offense in 2019.

Credible sources have confirmed to Touchdown Alabama Magazine that Steen is expected to commit to Alabama.

If it happens, the Tide gets a major boost on its offensive front. Saban would grab a fourth player with marquee experience, and a third name with experience playing in the Southeastern Conference.