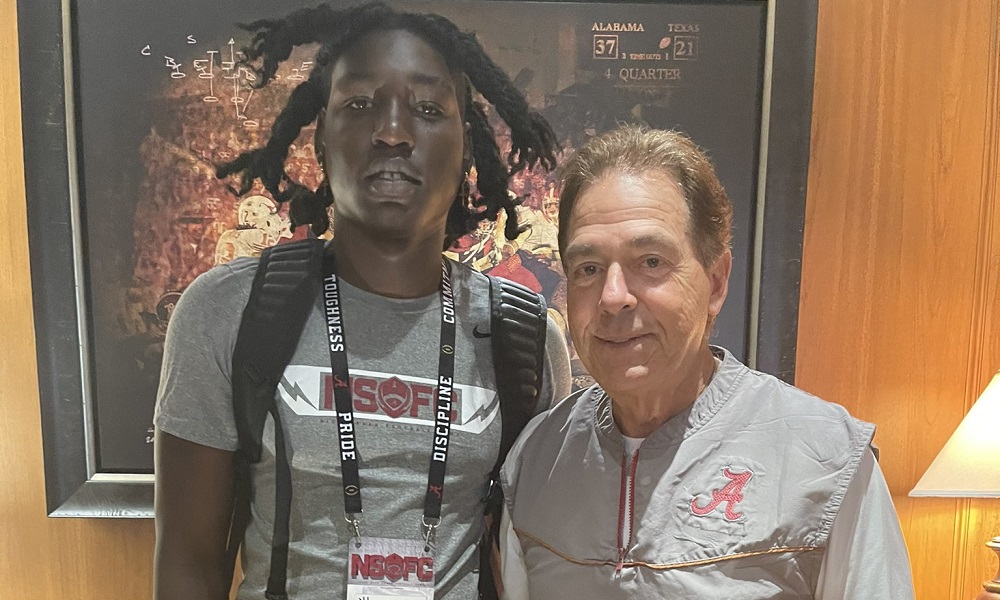 Pierre will choose from Alabama, Auburn, Florida State, Georgia, Georgia Tech, Florida, Penn State and Mississippi State. The Crimson Tide have been recruiting the Eufaula product since they first offered him in May. Pierre has visited Alabama multiple times since then.

The four-star recruit’s last visit to Tuscaloosa was in March. He told Touchdown Alabama the Tide stood at the top of his recruitment after his March visit because of the relationship he has with their coaching staff.

RELATED: Yhonzae Pierre feels Alabama stands ‘at the top’ of his recruitment

“Their coaching staff is pretty cool,” Pierre said. “I have been getting to know them. I have learned a lot about them since the first time I visited. I feel coach Hutzler is a pretty good coach. We have a good relationship, and we talk a lot. We have gone over a couple of things as far as where he sees me playing at and things I need to improve on.”

Pierre currently stands at 6-foot-4 and weighs 220 pounds. His quick first step and explosiveness off the edge allowed him to wreak havoc in the backfield during his junior season. He proved that he was indeed one of the quickest edge-rushers in the 2023 recruiting class.

The state of Alabama will continue to be vital to Alabama’s 2023 recruiting efforts and a commitment from Pierre would be a great early addition for the Tide.