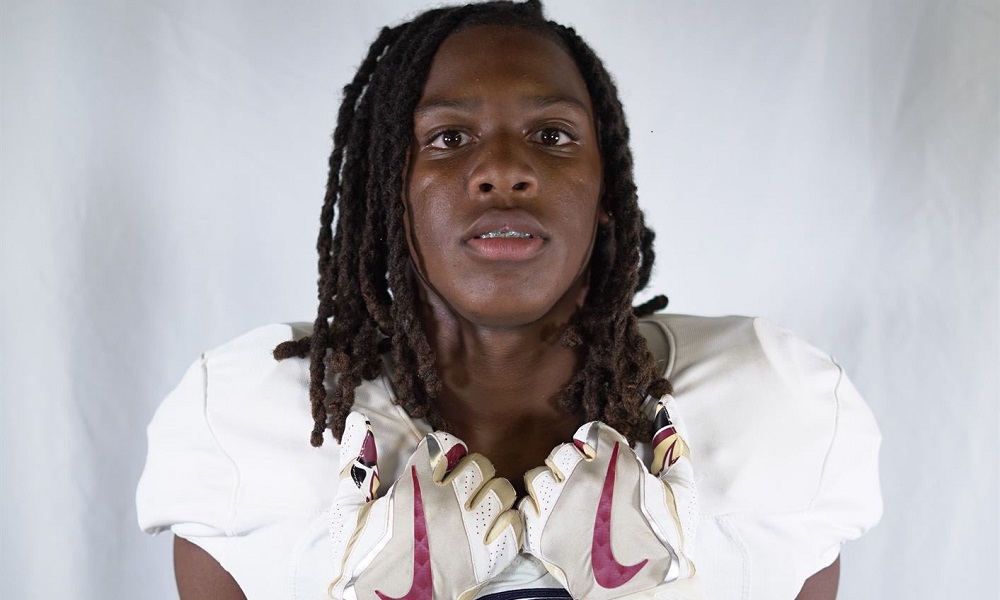 Mbakwe is one of the top 2024 defensive back prospects in the country. Alabama football offered the in-state recruit in January when he visited for Junior Day. Notre Dame, Michigan State, Oregon and LSU recently offered Mbakwe, and his offer total now stands at 22.

The four-star recruit said it was another great day in Tuscaloosa for him Saturday.

Mbakwe is very familiar with Nick Saban with him visiting Alabama football multiple times over the last few seasons. Saturday’s trip allowed him to catch up with Saban and Alabama’s cornerbacks’ coach Travaris Robinson.

“I feel I have a good bond with coach Saban,” said Mbakwe. “It is always a great time when we get to talk. I love our bond. Coach Robinson’s coaching style is similar to my high school defensive back coach. If I was to commit there, it would not be a bad transition.”

Clay-Chalkville 2024 DB, Jaylen Mbakwe @JayMbakwe was one of the top defensive backs in action Sunday.

Read Full Breakdown of him and other Alabama targets’ performances here: https://t.co/bYELwuQy8p pic.twitter.com/DBXHbiw2Db

The Alabama target is currently recovering from a foot injury ahead of spring football practice. He will most likely not participate in spring football in hopes he will be able to make a run at a track state championship. Mbakwe is a sprinter for the Cougars who ran a PR of 10.73 in the 100-meter dash this season.

At 5-foot-11 and 180 pounds, Mbakwe’s combination of size and speed made him a dominant player on both sides of the football last season. He finished the year with 1,159 all-purpose yards, four interceptions, 12 touchdowns and 12 pass breakups.