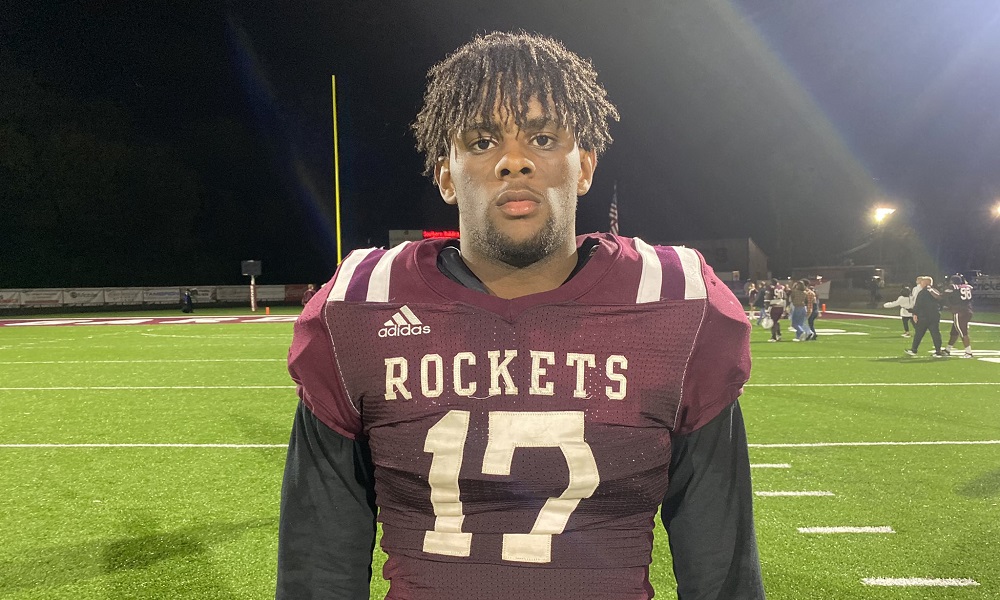 Wanna thank all the coaches who have been recruiting me up to point I’ll never forget the time and effort you guys put into recruiting me with that being said here’s my top 5🫶🏾 pic.twitter.com/vtLg0K8383

Collins currently attends Gardendale High School in Gardendale, Alabama, and he garners a four-star rating from multiple recruiting sites. He included Alabama, Georgia, Oklahoma, Florida and South Carolina in his top five. The Crimson Tide have hosted Collins multiple since being included in his top eight.

The four-star recruit told Touchdown Alabama his relationship with the Tide was headed in the right direction during the 2021 football season.

“When I get on campus, it is always a lot of love from the coaches, staff and coach Saban,” Collins said. “I talk to them at least once or twice a week.”

Collins is listed at 6-foot-5, and he weighs approximately 260 pounds. He finished his junior season with 109 tackles, 17 sacks and 14 tackles for loss.

Collins talks ‘growing’ relationship with Alabama and his top 8.