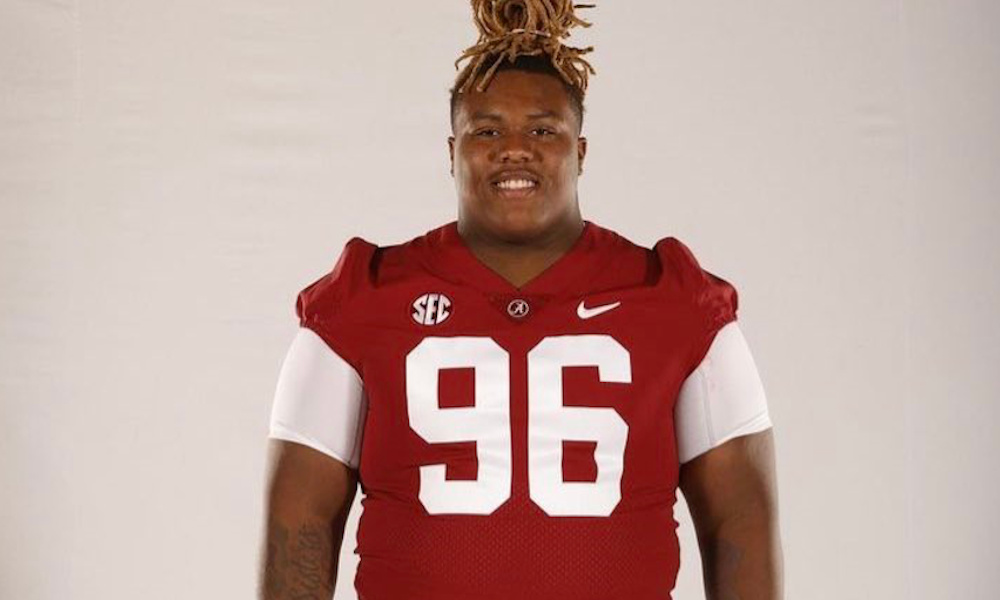 Alabama’s defensive tackle/nose guard position is one that fans are excited to watch in the fall.

Freddie Roach, the Crimson Tide’s defensive line coach, returns DJ Dale, Jamil Burroughs, and Jah-Marien Latham to the position. Alabama recruited Jaheim Oatis in the 2022 class, and he performed well in spring practice. Tim Kennan III, a Birmingham native, is another young name to watch in preseason camp. He redshirted his freshman season in 2021, but the former four-star has transformed his body. Kennan dropped significant weight, and he excelled throughout spring practice.

RELATED: Can Bill O’Brien be more creative with this Alabama offense?

Coach Nick Saban highlighted Kennan as one of the few linemen that improved in spring. Kennan has been training with Coach T. Swift of Winning Edge in Birmingham. Winning Edge is a training program for offensive and defensive linemen.

WE in the Lab Crafting! Tim Keenan III (@tim_keenan3 ) will be a kid to watch on the DL for The University of Alabama in the Fall!@AlabamaFTBL #WEdifferent pic.twitter.com/l6YFIbHF90

Swift has Kennan perfecting his craft in footwork, quickness, explosiveness, pass-rush moves, and technique. He sees the redshirt freshman as someone people will have to look for this season. Marcell Dareus, Da’Ron Payne, and Quinnen Williams were three in-state (Birmingham natives) talents that became elite defensive tackles. Kennan looks to add his name to the list soon.