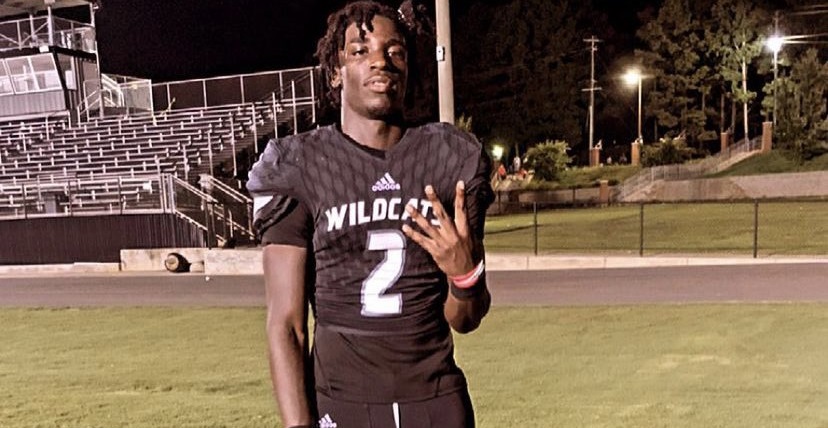 Solomon’s most recent offer came from Alabama after the Crimson Tide’s safeties coach Charles Kelly checked in on him and his younger brother, Zayden Walker, who is a 2025 prospect.

“Coach Kelly came by my school, and he wanted to see me and my brother because the last time he saw us was when I was in the seventh grade on my older brother’s unofficial visit,” Solomon told Touchdown Alabama. “Later that day, my head coach told my brother and me Alabama offered.”

The Georgia product said he was excited when he found out Alabama offered him.

“It was crazy when I found out because it is Alabama,” Solomon said. “I love everything about the Alabama program. I feel like they have everything to offer. I really love Alabama.”

“I love Coach Saban,” said Solomon. “I love his coaching style and how he can make you better as a player.”

At 6-foot-2 and 185 pounds, the new Alabama target was an explosive athlete on both sides of the football for Schley County during the 2021 football season.  He lined up primarily at cornerback and wide receiver. He has the potential to play either position at the next level.

The 2024 prospect is dangerous with the football in his hands in the open field as a wide receiver. He is also a great route runner.

Solomon said Alabama really likes how explosive he is off the ball and his speed.

Solomon wants to visit Alabama in the near future.