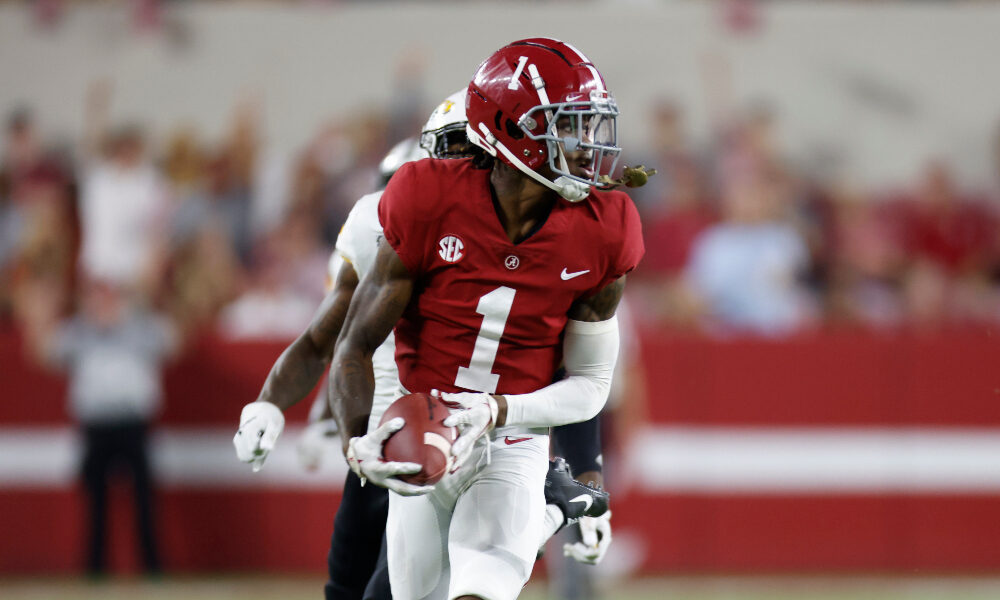 According to NFL Network’s Ian Rapoport, Jameson Williams has reached a deal with the Detroit Lions.

The #Lions and first-round WR Jameson Williams have agreed to terms on his four-year, fully guaranteed deal, source said. As always, it includes a fifth-year club option. Both first-rounders in the books.

After being selected with the No. 12 overall pick in the 2022 NFL Draft, Williams has now signed a four-year, fully guaranteed deal that includes a fifth-year option.

Detroit traded up several spots in order to acquire Williams following a stellar season with Alabama where he caught 79 passes for 1,573 yards and 15 touchdowns in his one season with the Crimson Tide.

The Lions had also previously selected Michigan defensive end, Aidan Hutchinson, with the No.2 overall pick in the draft.