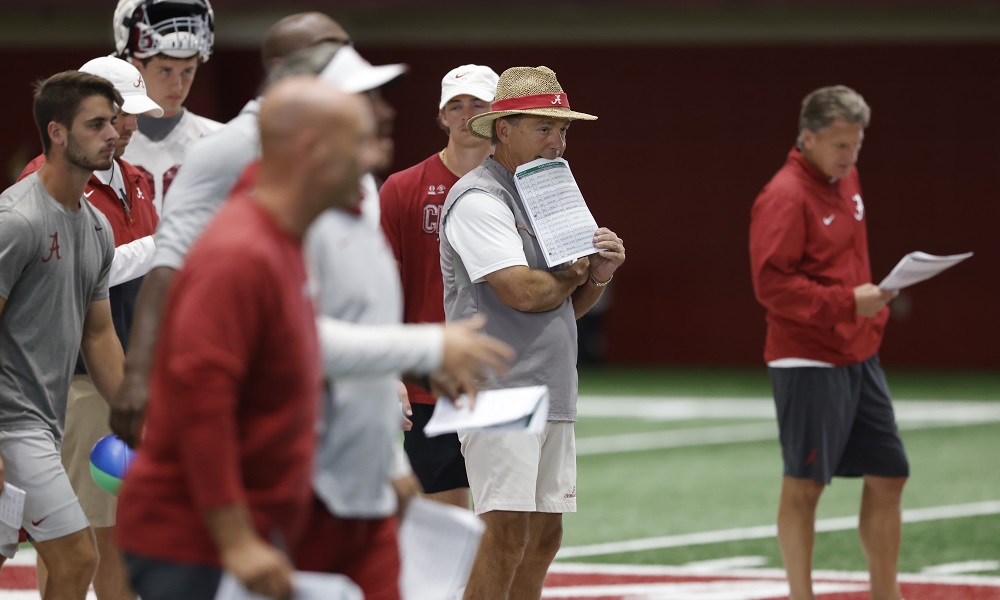 With college football still months away from kicking off the 2022 season, Nick Saban still saw himself at the top of the headlines regardless.

Saban spoke at an event for the 50-day countdown for the World Games in Birmingham on Wednesday and during his time on stage, he gave a nearly six-minute answer regarding NIL and its impact on college football. Within his answer, he claimed that Texas A&M had paid for every player on its roster in its latest recruiting class.

“We have a rule right now that said cannot use name, image and likeness to entice a player to come to your school. Hell, read about it in the paper!” Saban said. “I mean, Jackson State paid a guy a million dollars last year that was a really good Division I player to come to school. It was in the paper and they bragged about it. Nobody did anything about it”

This particular statement caught the attention of head coach Deion Sanders, who took exception to Saban’s statement and stated that he is lying about Jackson State paying Hunter during a post on social media late last night.

You best believe I will address that LIE Coach SABAN told tomorrow. I was & awakened by my son @ShedeurSanders that sent me the article stating that WE PAYED @TravisHunterJr a Million to play at @GoJSUTigersFB ! We as a PEOPLE don’t have to pay our PEOPLE to play with our PEOPLE.

When Hunter originally committed back in December there was speculation of an endorsement that reached north of a million dollars which Sanders has since denied.