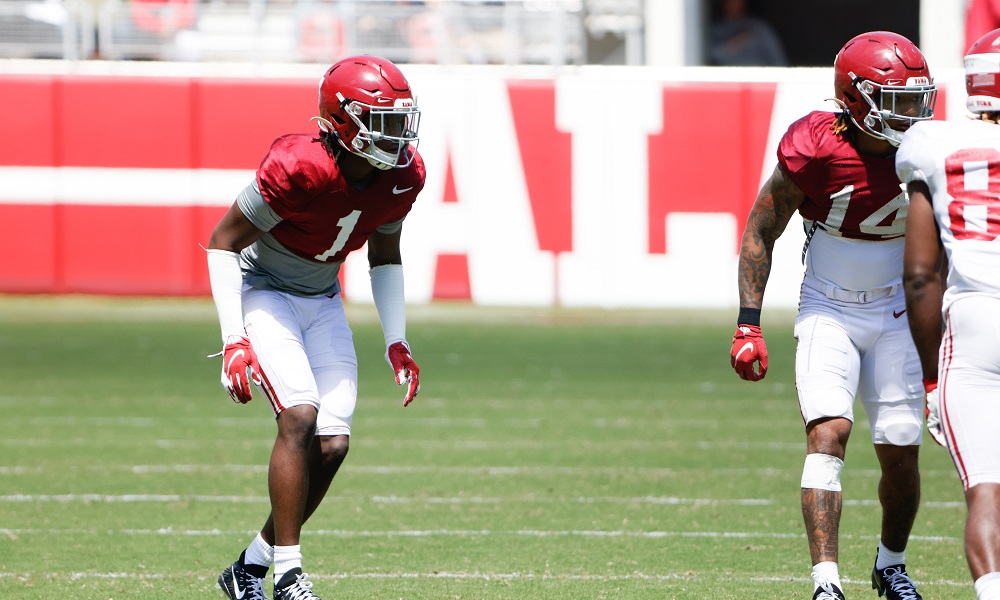 He arrived in Alabama’s 2021 signing class as a five-star athlete, but Kool-Aid McKinstry is turning his body into a starting defensive back for the fall.

RELATED: Ty Simpson graduates high school and is ready for action at Alabama

Before entering his sophomore year, McKinstry posted photos of him in his Crimson Tide jersey on Twitter.

The Birmingham native looks bigger in the chest, biceps, triceps, and back muscles. He’s been training with Justin Woodall (former Alabama safety) and Leonard Stephens (Step-By-Step Performance) all offseason. He earned a spot on the All-SEC Freshman Team last season. McKinstry posted 25 tackles, a sack, an interception, and a pass breakup in 15 games.

Koolaid McKinstry getting some light work in as he prepares for a pivotal sophomore season.

Per Stephens, McKinstry has “more volume” in his chest. He was athletic yet skinny when he first started with Stephens, but McKinstry’s body as a collegiate athlete is rounding into form. Stephens told Touchdown Alabama Magazine he sees McKinstry becoming more impactful this season, especially with his experience and the work he’s putting in. He is competing with Eli Ricks and Khyree Jackson for a starting job at cornerback. Summer workouts and preseason camp will be here soon for the Tide.