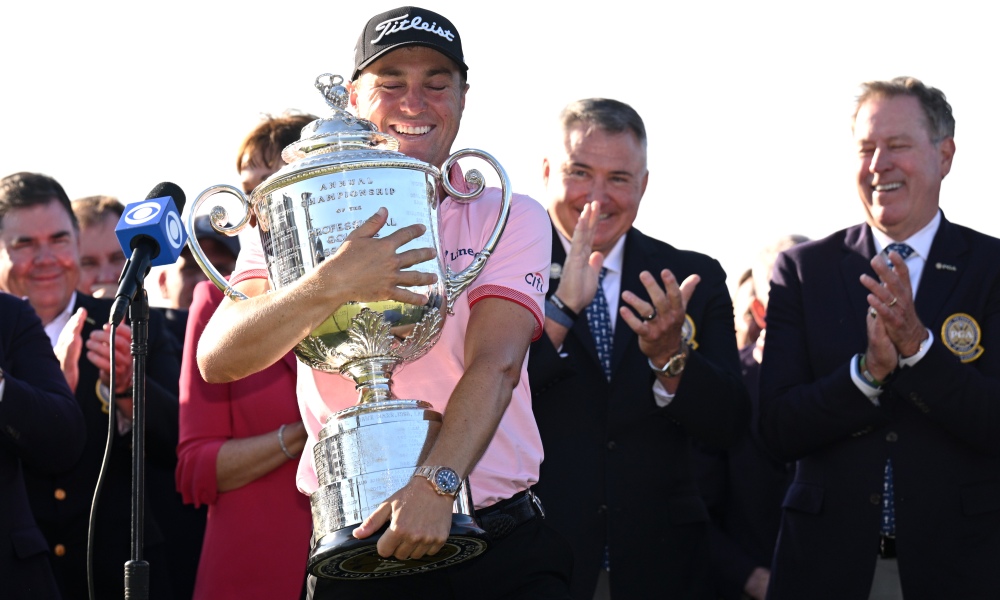 A lot of shots have been fired at the expense of Jimbo Fisher as he continues to defend Texas A&M and its recruiting.

Thomas, 29, won the PGA Championship on Sunday for the second time in his career. He overcame an eight-shot deficit to hoist the trophy. As a former golfer for the Crimson Tide, Thomas relishes the tips he has learned from Coach Nick Saban. He has adopted Saban’s “24-hour rule” after celebrating a championship. Thomas could not resist poking fun at Alabama’s rival.

After winning the PGA Championship Justin Thomas echoed the words of Nick Saban when it comes to how long the celebration will last.

He also couldn’t help but poke fun at a Crimson Tide rival. #RollTide@JustinThomas34 I ⁦@PGAChampionship⁩ pic.twitter.com/OEBKWP5ho4

“I’m not sure what Jimbo Fisher’s rule is, but I guess he has to win something first before he figures out his rule,” Thomas said in laughter.

Fisher won a BCS National Championship in 2003 at LSU as an offensive coordinator on Saban’s staff. He won a national championship in 2013 as head coach at Florida State. Fisher has not won a championship (SEC or national) at Texas A&M since taking the job in 2018. The pressure is on him to win now, especially after bringing in the No. 1 recruiting class from this cycle.