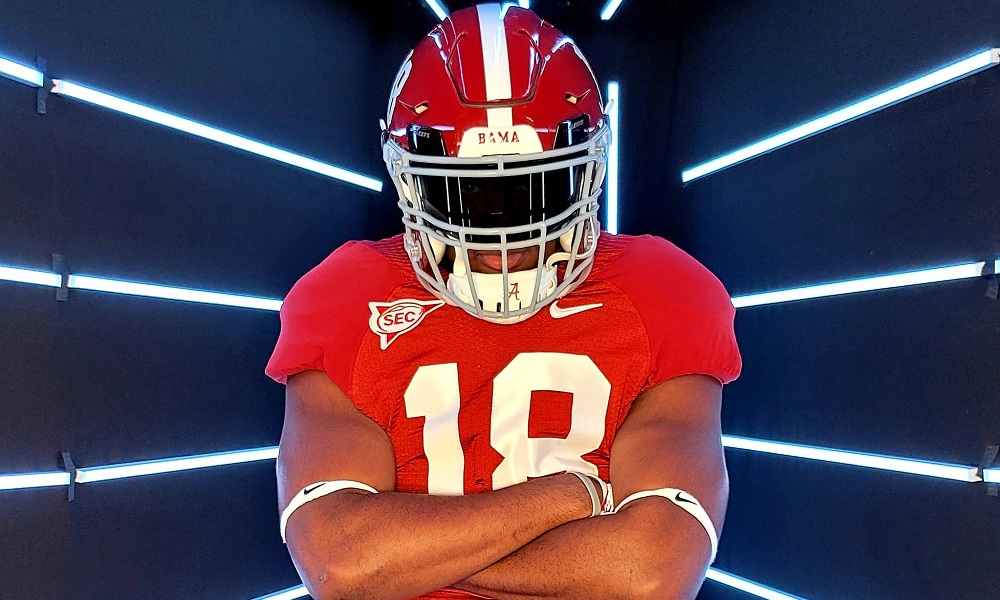 Wayne currently attends Lincoln High School in Tacoma, Washington, and he is considered one of the top edge rushers in the 2023 recruiting class. He listed Alabama, Georgia, LSU, Miami, Michigan State and Oregon in his latest top schools’ list.

Alabama football last hosted Wayne in April for an unofficial visit. He told Touchdown Alabama the Tide were at the top of his recruitment following his latest visit to Tuscaloosa. Nick Saban recently got on a zoom call with the Washington product, and he assured Wayne he was one of their priority targets.

The Alabama target currently stands at 6-foot-5, and he weighs approximately 245 pounds. Saban is open to the idea of letting Wayne play tight end or defensive end at the collegiate level.