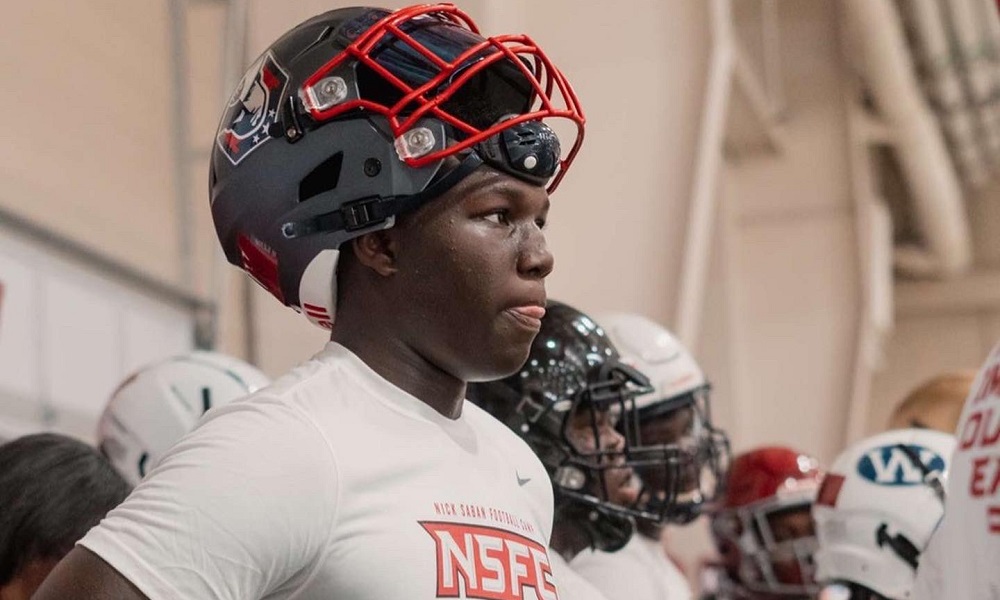 Blocton currently holds 17 D1 offers. The Pike Road product received eight of those offers during the month of May. Alabama football hosted the fast-rising prospect for camp Saturday, and he said he feels he gained a lot of knowledge from Alabama’s defensive line coach Freddie Roach during the camp.

“The camp was amazing,” Blocton said.  “I really learned a lot from coach Roach, and I would definitely want to play there. Alabama has been my dream school all my life.”

Had an amazing time at the alabama camp saturday💯 pic.twitter.com/vYPoUYY8PT

Alabama’s freshman defensive lineman, Khurtiss Perry played alongside Blocton during the 2021 football season. The duo helped the Patriots win the class 5A State Championship. At 6-foot-3 and 250 pounds, Blocton was used all across Pike Road’s defensive front as a sophomore.

The in-state prospect feels his versatility is one of his biggest strengths. However, he wants to continue to expand his repertoire of pass rush moves.

“I feel I can play on every down,” said Blocton. “I can stop the run and get pressure on the quarterback. I want to continue to add more rush moves to my bag and continue to be fluid in my movement.”

The state of Alabama’s 2024 recruiting class is projected to be a solid group from top to bottom, and Blocton will be one of the state’s top prospects during the next recruiting cycle.