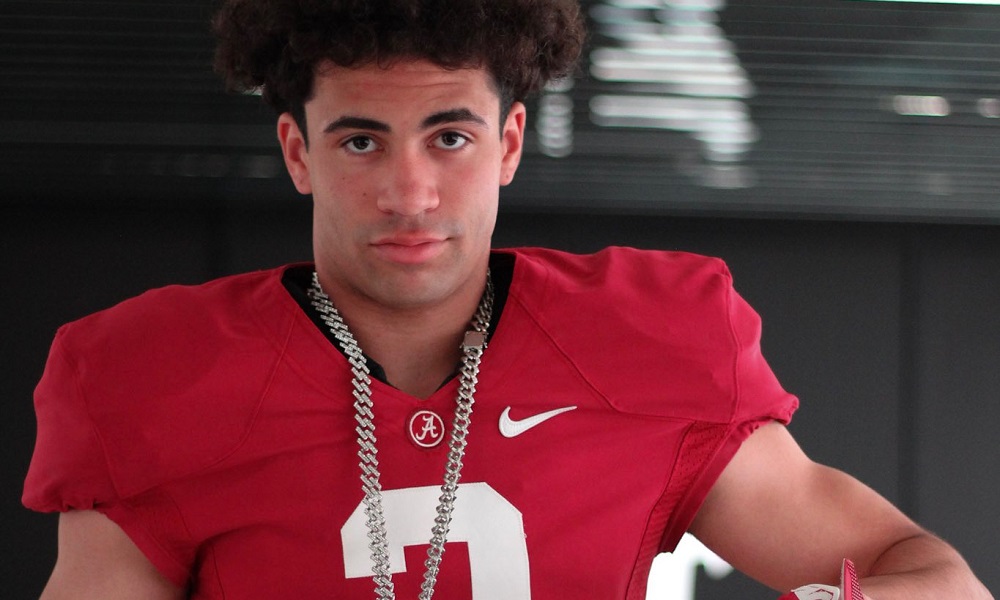 Jacobe Johnson told Touchdown Alabama he is officially visiting the University of Alabama this weekend.

Johnson is a product of Mustang High School in Mustang, Oklahoma. He is rated as a four-star recruit, and he is considered one of the top athletes in the 2023 recruiting class. He unofficially visited Alabama for the first time in April, and he said he enjoyed learning about the Alabama program and touring Alabama’s facilities.

“The facilities and the strength & conditioning program are top of the line,” Johnson told Touchdown Alabama. “I like that the program is specific to every athlete’s needs. The dining for the football players is also awesome. Visiting with Coach Saban was also great. I was just listening and taking in everything he had to say. Getting to know Coach Wiggins and Coach TRob (Travaris Robinson) was also really good.”

Holmon Wiggins visited Mustang in April as well to check in on Johnson.

The Mustang product made his presence felt on both sides of the football as a junior. With his 6-foot-3 frame, he was able to pull in contested catches down the field and make plays after the catch as a wide receiver with his impressive acceleration. He also looked smooth in his movements in coverage as a defensive back. The dual-sport athlete knows how to attack the football.

Alabama’s coaching staff told Johnson they believe he has attributes that can not be taught when they offered him.

“They said they like my length, speed and athleticism,” said Johnson.”They see it as something that can not be coached. They really liked my film and what I have been able to do on offense and defense.”