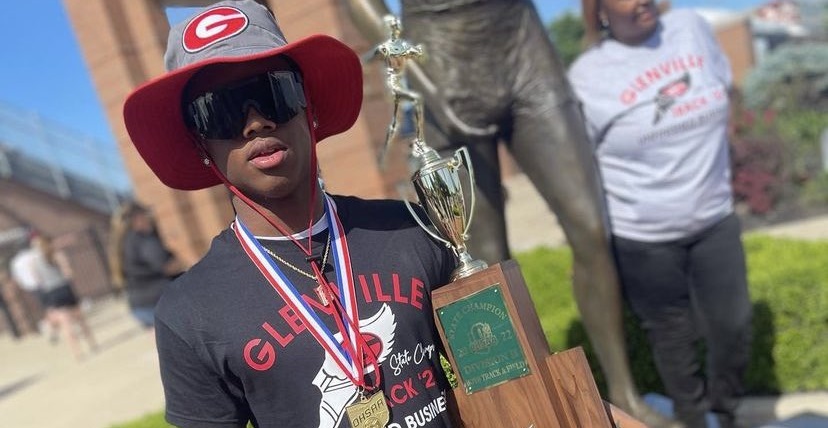 Bryce West picked up his 18th D1 offer from Alabama football Wednesday after participating in the Nick Saban Football Camp.

West attends Glenville High School in Cleveland, Ohio. He is rated as a four-star recruit on multiple recruiting sites, and he is considered one of the top defensive backs in the 2024 recruiting class. Nick Saban informed West of his offer at the conclusion of the camp.

The Ohio product said he felt overjoyed when Saban told him he earned an offer.

“That feeling was amazing,” West told Touchdown Alabama. “It put a smile on my face, and it made my day easier. It felt great to be offered by the head coach. I can definitely see myself being an Alabama corner. They send so many guys to the league, and they have been the best team in college football for so many years. They are used to winning National Championship.”

West was able to see Saban in action during the camp, and he said he feels he is a very involved coach.

”I can tell he is a great guy and a great coach,” West said. “He is a very hands-on coach. You do not see many head coaches come out to work directly with the kids during camp. I can see he cares a lot about the program and their kids because he made it his business to talk to and uplift every kid.”

At 6-foot and 180 pounds, West is great in man coverage, and he excels at making effective tackles in the open field. Saban did not watch West’s film before offering him, but other members of Alabama’s coaching staff spoke highly of West’s skill set.

West currently has 19 D1 offers after picking up an offer from Minnesota. He will be in the running to be the top cornerback prospect in the 2024 recruiting class.