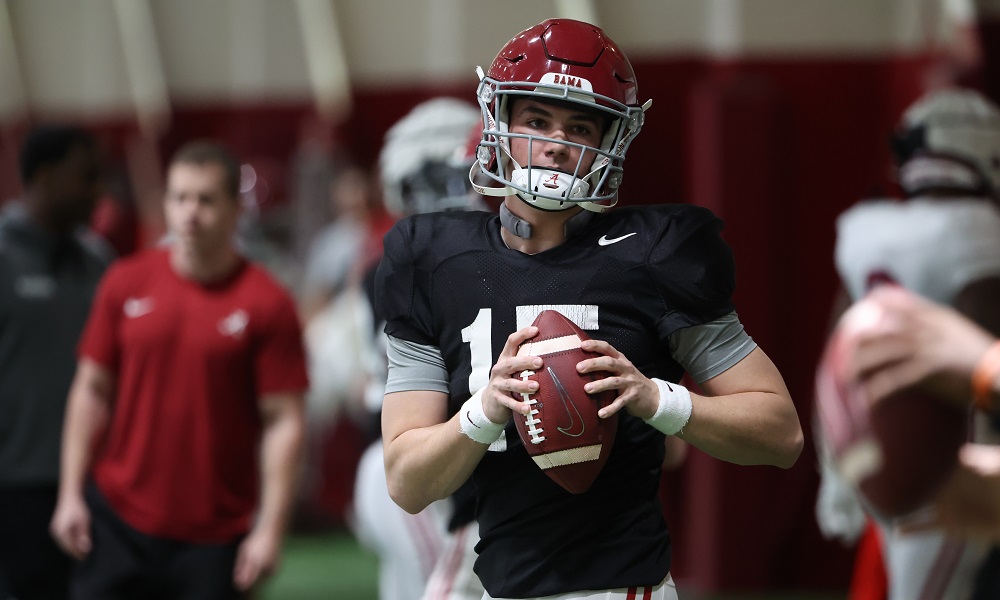 On Monday it was announced that several Alabama players had partnered up with the new NIL community “Big A Legends.” The new community is an affiliate of “The Players Lounge” which describes itself on its website as “a Web3.0 platform built by lettermen to empower relationships within the collegiate sports community through connecting current and former athletes with their respective fan bases while providing opportunities for student-athletes to monetize their individual brands.”

The community announced a total of 14 Crimson Tide student-athletes had joined including 12 current members of the football team.

We are excited welcome our Alabama Player Partners to @bigalegends!

Both Sanders and Hellams announced the partnership on their social media pages explaining that fans will have access to exclusive content such as private chats, behind-the-scenes content, in-person events where fans can meet players and more.

“I’m excited to partner with my fellow Crimson Tide athletes and The Players’ Lounge to launch the Big A Legends and bring a new standard of athlete empowerment and fan engagement to Tuscaloosa,” read the statement shared by the student-athletes. “This community is an opportunity for us athletes to use NIL in a way that allows us to connect with our fans on a level that shows who we are outside of the sports we play.”

Each community specifies on its website that it is not an official sponsor or licensor of any college or university.