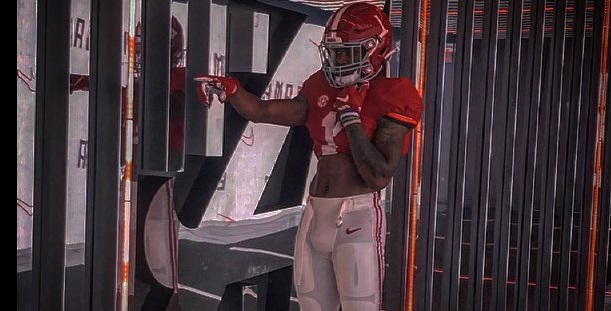 Thompson attends Foley High School in Foley, Alabama, and he is the first 2024 recruit to commit to Alabama. The Crimson Tide became the seventh D1 program to offer Thompson earlier this month. Alabama’s safeties’ coach Charles Kelly informed of his offer from Alabama.

“Coach Kelly gave me a call, and he told me Nick Saban liked what he saw,” Thompson said. “ I was excited. I told my mom, my uncle and the rest of my family, and they were all very excited. Alabama is a great program. I feel like I will be developed well there.”

Thompson is listed at 6-foot-4 on Foley’s football roster, and he weighs approximately 205 pounds. He finished the 2021 football season with 661 yards and five touchdowns on 53 receptions. The Foley product plays a physical style of football, and he has a go-and-get-it attitude with his ability to high point the football and bring down catches in traffic.