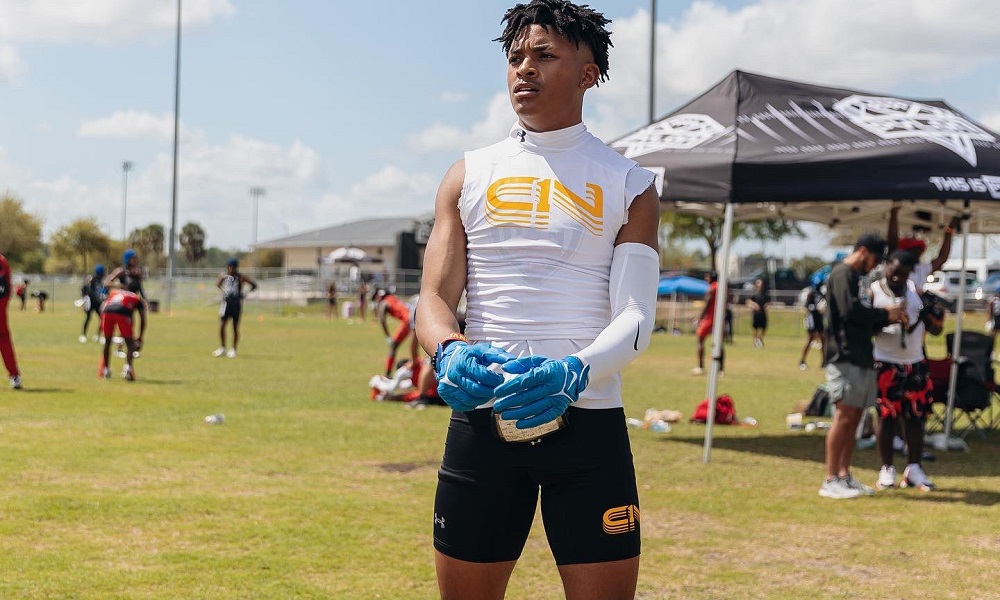 Gatling attends Milton High School in Georgia, and he is a rising junior. The Georgia product holds more than 40 D1 offers. Alabama’s cornerback coach Travaris Robinson informed him of his offer from Alabama during a conversation with Gatling and his mom.

“It felt great to get the offer,” Gatling told Touchdown Alabama. “It is Alabama, and it is my dream school. They know how to develop a lot of talent, especially at wide receiver. If you go to Alabama and ball, you are going to the league.”

Alabama’s wide receivers have had their fair share of success over the last few years. The Tide’s high-octane passing attack is one of the main reasons why their wideouts have had an opportunity to shine. Gatling feels Alabama’s plans for its wide receivers are unrivaled.

“I feel like the way they use their wide receivers is the best in college football,” Gatling said. “They put them in the position to always be right.”

“Nick Saban is a great coach,” said Gatling. “He is one of the best of all time, and he is all about business. If you go there, there are no jokes or playing around. That is what I like about him.”

Gatling showed why he holds more than 40 D1 offers during the 2021 football season. The 6-foot-1, 180-pounder finished the season with 36 receptions for 705 yards ad 11 touchdowns. He was able to get behind the defense with his great acceleration, and he made plays after the catch.

Robinson told Gatling his ball skills, route-running ability and what he is able to do when the ball is in his hands is what led him to earn an offer from his dream school.