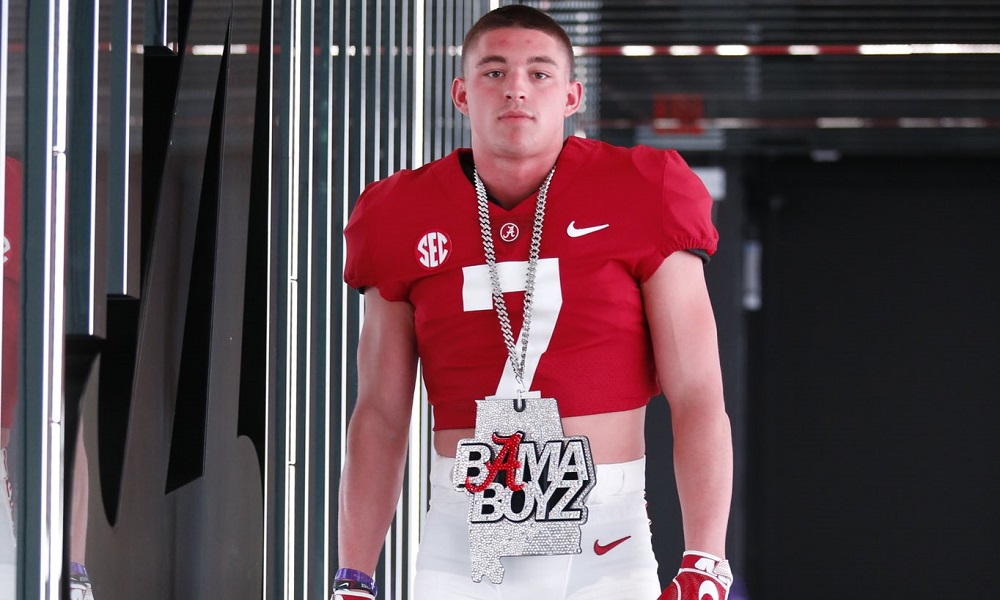 Adams attends Owasso High School in Oklahoma, and he is the Crimson Tide’s ninth commit in the 2023 recruiting class. Alabama remains hot on the recruiting trail with Adams’ commitment. He is the fourth prospect to commit to Alabama this week, and he is the first wide receiver to choose the Tide.

The Oklahoma product is rated as a four-star recruit, according to Touchdown Alabama’s own independent recruiting ratings.

Alabama offered Adams in January, and he immediately became one of the Tide’s top 2023 wide receiver targets. He told Touchdown Alabama in February his relationship with Alabama was growing at a rapid pace.

“Our relationship is crazy good,” said Adams. “Coach Sam Petitto and coach Wiggins have been keeping up with me, and the relationship has just blasted off since then.”

He visited Alabama for the first time since picking up an offer in February, and he got to meet Nick Saban during his visit, which was a memorable moment.

“It was surreal, like a dream with him being a legend,” Adams told Touchdown Alabama. “He was real and showed me everything I would see if I was a player down there. He talked about their philosophy and how they run things.”

Alabama got Adams back on campus in June for an official visit.

Adams currently stands at 5-foot-10 and weighs 175 pounds. He finished his junior season with 55 receptions for 913 yards and eight touchdowns. The four-star recruit is one of the most exciting wide receiver prospects to watch with his incredible speed. He holds a PR of 10.65 in the 100-meter dash.

Adams chose Alabama over Oklahoma, Arkansas and others.